Sudarsan Pattnaik, the internationally acclaimed sand artist, created a sand sculpture of Lord Ganesha with 1000 plastic bottles around it at Puri beach in Odisha. The majestic installation was made on the eve of Ganesh Chathurthi in order to send a message against the use of single-use plastic. The sculpture also carries a message that reads "Save our environment" on the left side and "Say no to single-use plastic" on the other. Single-use plastic includes plastic bottles, plates, cups, packaged food, and other plastic materials that can only be used once or recycled.

On the eve of #GaneshChaturthi My SandArt with message #SaveOurEnvironment & #SayNoToSingleUsePlastic at #Puri beach in Odisha with installing 1000 plastic bottles around it for creating awareness. pic.twitter.com/uEiJ5RWN2s

Let's join hand, rise to the clarion call of Hon'ble PM Shri @narendramodi and save our environment. #SayNoToSingleUsePlastic My Sand Art at #Puri beach in Odisha on the auspicious occasion of #GaneshChaturthi . pic.twitter.com/DjVIYkPniI

According to Pattnaik, he was inspired by Prime Minister Narendra Modi's campaign to ban single-use plastic. Through his sand art, he appealed to the people on Twitter to support and join the single-use plastic ban campaign in order to save the environment. The sculpture is about 10 feet high and is created with five tonnes of sand. Earlier, the artist has won the Peoples Choice award at the Boston International Sand Art Championship 2019 for his sand sculpture that highlighted plastic ban.

My SandArt on Stop Plastic Pollution ,
"Save our Ocean " Won the People's Choice Prize at USA in #Boston International SandArt Championship/ Festival 2019. pic.twitter.com/ya4qn3zm4J

Also read: In West Bengal's Kalimpong, Independence Day No Less A Festival Than Diwali, Celebrated With Great Pomp For At Least 2 Days

Prime Minister Narendra Modi has targeted single-use plastics in a big way. He is currently leading a campaign ‘Say No to Single-use Plastic’. He also issued a clarion call on his latest radio show Mann ki Baat after having previously spoken about it in his Independence Day speech. He further urged people to observe the 150th birth anniversary of Mahatma Gandhi this year as a day to make India plastic-free. During his Independence Day speech, he had said, “Can we free India from single-use plastic? The time for implementing such an idea has come. May teams be mobilized to work in this direction. Let a significant step be made on 2nd October." 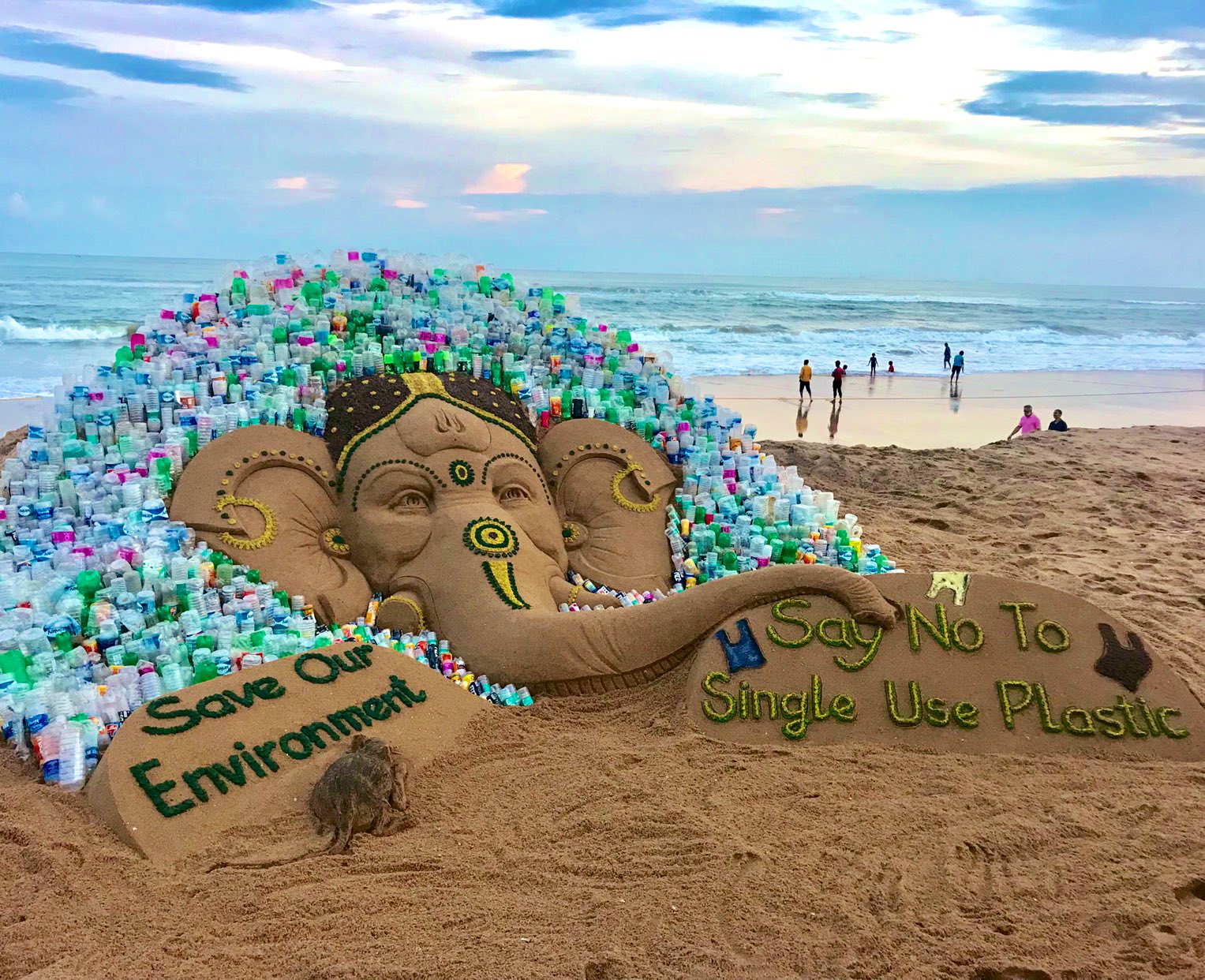