BJP leader Sunil Jakhar on Saturday took a dig at the grand old party, stating that Congress could not read what is written on the wall. 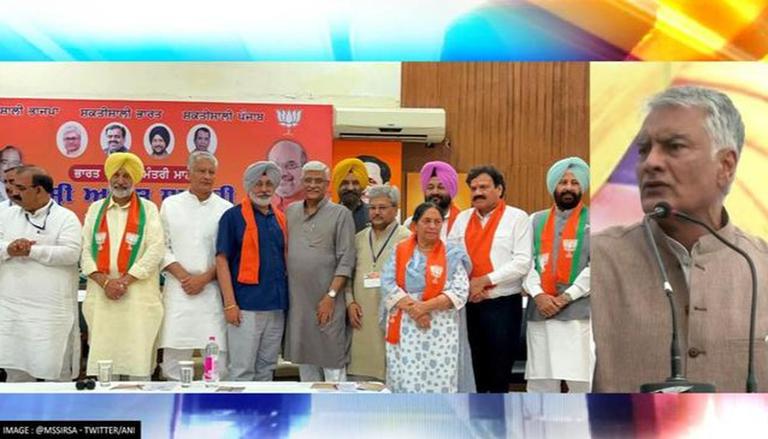 
After four former ministers of Punjab Congress and sitting Mohali mayor joined Bharatiya Janata Party (BJP), former Member of Parliament and now BJP leader Sunil Jakhar on Saturday, June 4, took a dig at the grand old party, stating that Congress could not read what is written on the wall. Jakhar has been a three-time MLA and one-time MP who served as the president of the Punjab Congress from 2017 to 2021.

While speaking to ANI, Sunil Jakhar said, "Congress party will have to see the reason why today the workers and leaders associated with their years are leaving the Congress party. Congress could not read what is written on the wall, the kind of loyalty towards the country, the kind of organisation that will not have the feeling to remove the shortcomings, they will also lose the place of the opposition."

"Any party depends on the shoulders of the worker when the worker starts leaving the party and arrogance comes into the party, the future of the organization is in the dark. To remove the atmosphere of fear that has been created among the people, the visit of Hon'ble Home Minister Amit Shah today is very timely, trust has to be established in people otherwise what is going on is a matter of great concern," he added.

On May 14, he bid adieu to the Sonia Gandhi-led party on Facebook Live. After joining BJP a day earlier, he told Republic TV, "Congress party is losing nationalism with each passing day. When someone tries to divide Hindus and Sikhs, and if I am pointing it out, then I was blamed. Even during the recently concluded elections, Congress lost in five states, but they are not talking about their defeat. I was even sent a notice because I spoke something that was against their policies."