As part of disciplinary action, 19 MPs were suspended from the Rajya Sabha for the remaining part of the week for 'misconduct' on Tuesday. 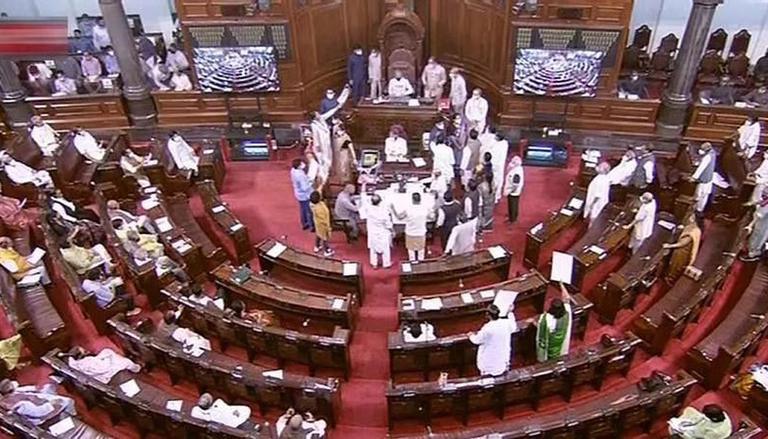 The suspended MPs from Rajya Sabha are:-

Just a day ago, four MPs from Congress were suspended from the Lok Sabha. The MPs were suspended when even after continued warning, they kept protesting and demanding discussion on the aforementioned issues.

The suspended MPs from Lok Sabha are:-

The MPs have been suspended under Rule Number 256 of the Rules of Procedure and Conduct of Business, which states, "The Chairman may, if he deems it necessary, suspend a member from the service of the Council for a period not exceeding the remainder of the Session..”

'What's wrong in demanding a discussion?'

Leader of Opposition in Lok Sabha, Adhir Ranjan Chowdhury reacted to the suspension of MPs. Chowdhury said, "What's wrong with demanding a discussion on the price hike? But govt is reluctant in having any discussion. The price rise issue needs to be discussed. The entire population has been a victim of the price hike. So finding no alternative in the Parliament, we were shouting that this issue should be discussed and nothing else. This govt adopted a brutal measure to suspend our MPs."

Also, the Leader of the Opposition in Rajya Sabha, Mallikarjun Kharge reacted by saying, "If members try to say something, you suspend them...It is totally incorrect."

The first week of the Monsoon Session of Parliament that began on July 18 has witnessed continued disruption and adjournments, recording almost no business, as Opposition members, not just in Lok Sabha but also Rajya Sabha, have demanded a discussion on price rise, Goods and Services Tax (GST) and the Agnipath scheme.