The CAPF exam conducted by the UPSC on August 8 has come drawn TMC's ire for featuring questions on the West Bengal post-poll violence and the farm stir. 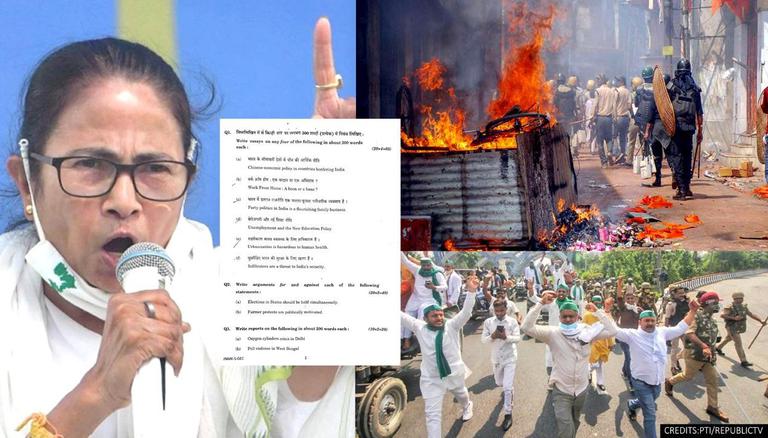 
The Central Armed Police Forces exam conducted by the UPSC on August 8 has come drawn TMC's ire for featuring questions on the West Bengal post-poll violence and the ongoing farmers' protests against the agrarian laws. This examination was held to recruit Assistant Commandants in the Border Security Force, Central Reserve Police Force, Indo Tibetan Border Police, Sashastra Seema Bal and Central Industrial Security Force. As per the question paper accessed by Republic TV, the candidates were asked to write arguments for and against the statement- 'Farmer protests are politically motivated' and a 200-page report on the poll violence in West Bengal. 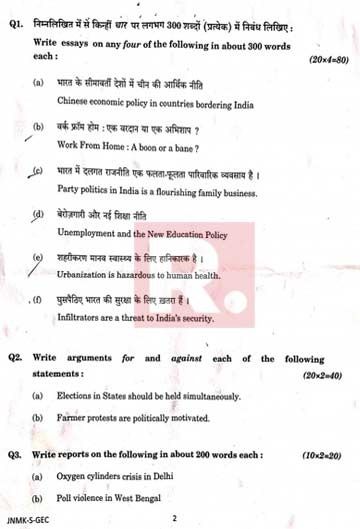 Describing this as a "very serious issue", TMC's Lok Sabha leader Sudip Bandyopadhyay told the media on Tuesday, "This is a political party's question. How can this be the UPSC question? The most dangerous is (the question on) 'Poll violence in West Bengal'. The Election Commission is in Bengal. It conducted the election in 8 phases. No allegation was reported. Except for one or two booths, there was no bypoll."

Mentioning that people have a lot of faith in the UPSC, he accused it of behaving like BJP's organ. Bandyopadhyay condemned this and claimed that this issue would have created ripples in the Parliament if it was functioning normally. He demanded, "I think this question paper should be withdrawn and a fresh exam must be announced".

BJP, Congress, CPI(M), TMC and ISF were up in arms over the violence which claimed at least 16 lives after the declaration of poll results. While the MHA sought a detailed report from the state government regarding the "post-election violence targeting opposition political workers in the state" and sent a 4-member team there, PM Modi called up West Bengal Governor Jagdeep Dhankhar and expressed his anguish at the law and order situation. Though TMC attributed the deaths to "intra-BJP fights," CM Mamata Banerjee requested everyone to remain peaceful.

Meanwhile, BJP president JP Nadda visited WB for two days where he met the families of the affected party workers in Pratapnagar, Beliaghata, North 24 Parganas and Gopalpur. In another development, Banerjee announced a compensation of Rs.2 lakh each to the kin of the deceased persons. She also warned that her government will act against anyone circulating "fake videos" on post-poll violence. Ignoring Banerjee's opposition, the WB Governor visited violence-hit areas in Cooch Behar and areas of Assam where people from the state were camping.

Constituted by the Calcutta High Court, an NHRC committee opined that the situation in the state is a manifestation of the 'Law of Ruler' instead of 'Rule of Law'. Highlighting the "pernicious politico-bureaucratic-criminal nexus" in WB, it recommended that cases involving offences such as rape, murder, etc. should be probe by the CBI and tried outside the state. Moreover, it suggested that the other cases should be investigated by a court-monitored SIT along with other measures such as ex-gratia payment, rehabilitation, protection to women and actions against government servants.