'Save Lakshadweep': Who Is Lakshadweep's Administrator Praful Khoda Patel And Why Is He In A Controversy? 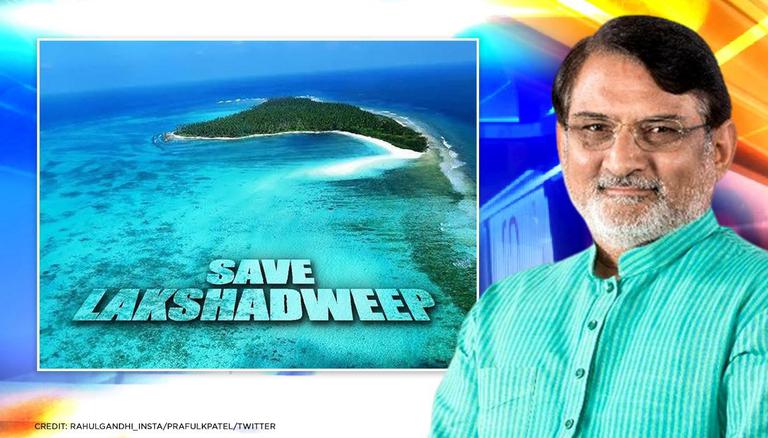 
Over the past week, trouble has mounted for Lakshadweep's Administrator over his decisions including the altering of the COVID SOPs leading to a surge in the number of cases, ban on the beef industry, lifting of the ban on alcohol consumption and so on. From the Left & Congress to even the BJP unit of the archipelago, political leaders have come out in support of the people of Lakshadweep against the 'authoritarian measures' imposed by Administrator Praful Khoda Patel since he assumed office on December 2, 2020. The #SaveLakshadweep campaign on social media has gathered huge momentum over the past few days, with politicians and netizens criticising the administrator and many going on to point out that Praful Khoda Patel was not a civil servant - the first such to be appointed in the Lakshadweep Administrator's post.

Praful Khoda Patel is the current Administrator of Lakshadweep. A Bharatiya Janta Party (BJP) leader, Praful Khoda Patel kickstarted his career in electoral politics by becoming an MLA from the Himatnagar constituency in Gujarat in 2007. In 2010, Praful Patel was roped by then Gujarat CM Narendra Modi to be in the cabinet and was made the Minister of State (MoS) Home of Gujarat in 2010. However, Praful Koda Patel suffered a loss in the 2012 Gujarat Assembly elections. It is pertinent to point out that Praful Khoda Patel's father, Khodabhai Ranchhodbhai Patel, was an RSS functionary and enjoyed close ties with erstwhile Gujarat CM Modi.

Since 2019, Praful Koda Patel has been encumbered with a few controversies - beginning from the Election Commission of India (ECI) notice to the BJP leader for making a 'coercive request' to the collector for Dadra and Nagar Haveli Kannan Gopinathan.

What are Praful Khoda Patel's 'objectionable' decisions as Lakshadweep Administrator?