In this series of talismans and tapestries, Suleman explores decolonial female sexuality of South Asia, reclaiming fertility rites of the Far East, and the sacred chambers of the female form to be - a site of worship (unto itself, and for itself).

In her new series ‘Fertile’, artist Shilo Shiv Suleman explores the female form in all its glory, their sexualities and the strength of their bodies.

“Buried for being too beautiful, the goddess Devi Shri bloomed from every part of her body. Orchids grew out of her hip and roses from her ears”, she says while explaining her work painted in red and gold. 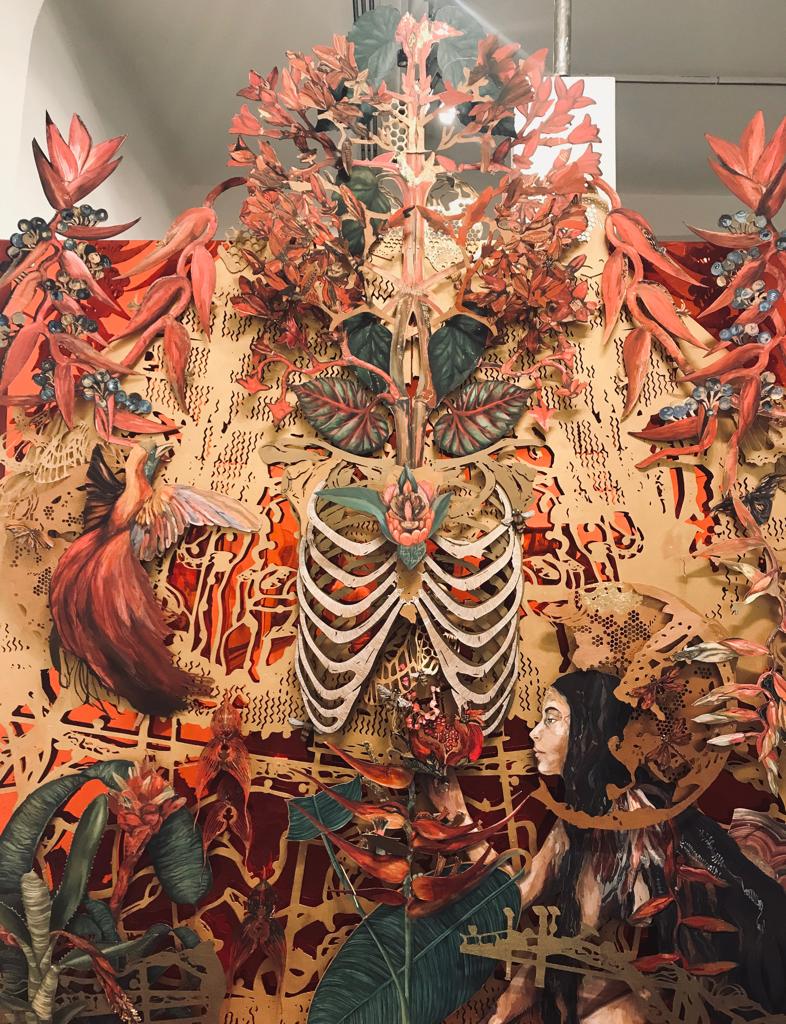 In this series of talismans and tapestries, Suleman explores decolonial female sexuality of South Asia, reclaiming fertility rites of the Far East, and the sacred chambers of the female form to be - a site of worship (unto itself, and for itself).

READ | Possibilities For A Non-alienated Life In Kochi

Next in the series, pictured below is a ceremonial fertility belt made by Suleman with jewellers in Bali.

“This is my take on the chastity belts that were used for women to prevent them from having sexual encounters while their husbands were away fighting wars”, she says. 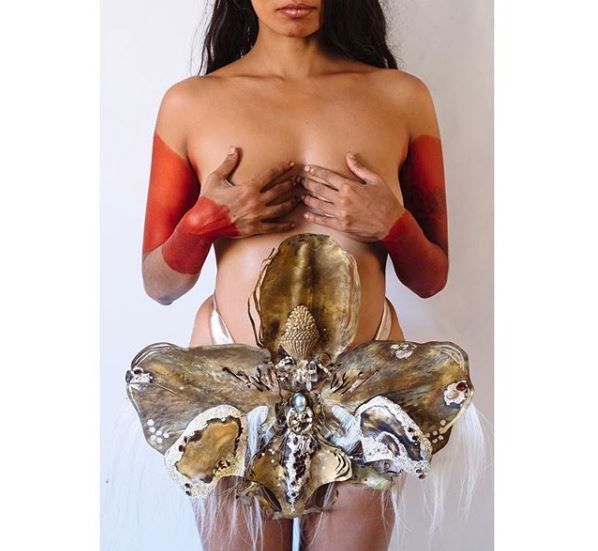 With ‘fertile’, Suleman has fused self-portraiture with the iconography of a ‘once-and-future goddess’, guardian of the ‘fertility belt’, presiding over a tropical exuberance laden with heliconias and honeycombs, that is both literal and figurative.

“In today’s day and age with the #MeToo movement and women reclaiming their rights, we all know how ‘no’ looks, so with this series I’ve tried to show how beautiful ‘yes’ looks, full of possibilities,” she explains. 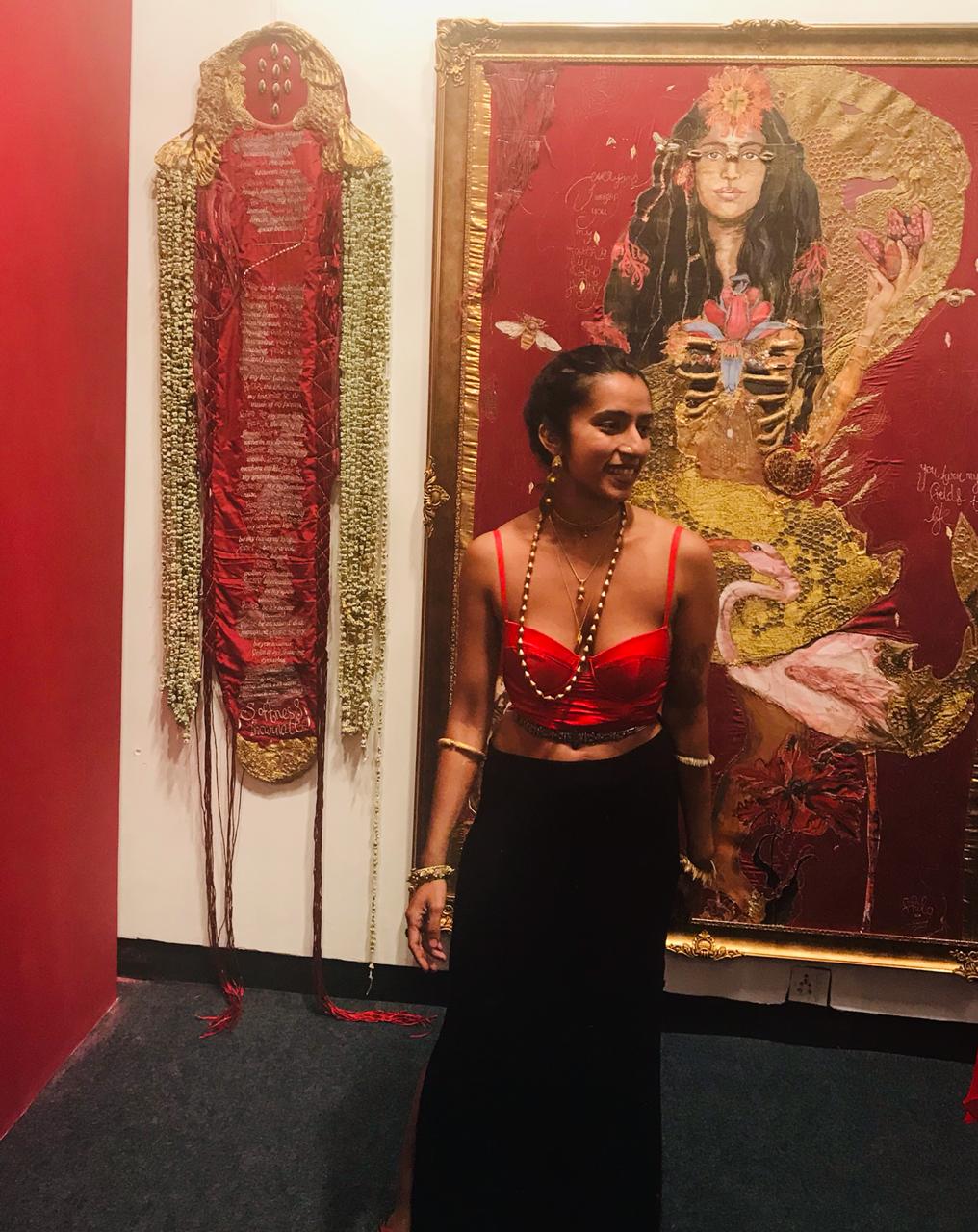 Shilo Shiv Suleman is also the founder-director of - The Fearless Collective, which creates alternative, people-led narratives that engage personal histories, cultural and political realities and tell stories of universal resilience through visual campaigning, workshops and affirmative storytelling techniques. They have worked with transgender activists in Pakistan, displaced and migrant communities in Beirut, queer activists in South Africa and indigenous communities in South Africa.

PEOPLE HAVE PLEDGED SO FAR
In Pictures | Street artist Banksy paints Paris with works on migrants, here’s the story behind them
Manto and his Bombay: A tale of love and longing
Easy DIY greeting cards to impress your loved ones with
Swiss watch-maker collaborates with Pigcasso- world's only painting pig, releasing The Flying Pig collection
Social Nation India: Everything you need to know about the event
Make paper Snowflakes to embellish your Christmas decorations
Paper Diya: Do-it-yourself crafts ideas for this Diwali season
DO NOT MISS
IS DAVOS CUTTING ICE AT FIFTY?
CHAWLA STARING AT EXTRADITION
ED: SONIA GANDHI'S NAME EMERGES
BJP MLA OPPOSES MUMBAI 24X7
AAP TAUNTS BJP AFTER CANDIDATE LIST
LIFE INSURANCE FOR NRI IN INDIA