Vicky Roy, a 33-year-old photographer who began his career as a ragpicker, has achieved international fame. Roy hails from the state of West Bengal. Read on. 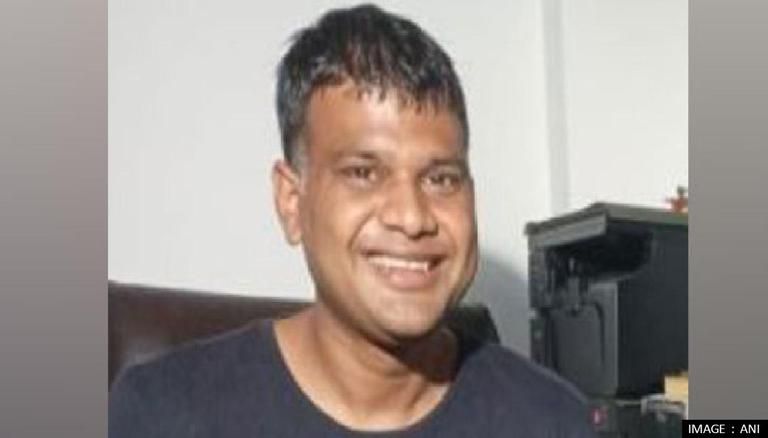 
Vicky Roy, a 33-year-old documentary photographer who began his career as a ragpicker, has achieved international fame. Roy is from Purulia, West Bengal. He spoke about his journey from the railway tracks to an internationally successful professional. Speaking to ANI, Roy said,

"My father was a tailor master. He did not have a shop. He used to sit somewhere with a machine. His per day income was Rs 10-15. It was very difficult to survive. My father's dream was that at least one of his children gets an education to the Xth standard. We are a total of 7 siblings. My father sent me to my maternal grandparents because their financial condition was better. My father thought that if I will stay there then I might study. So, when I started living there and while I was growing up I saw in movies that people who usually go to cities become big personalities. So, I thought if I will move to the city then I will also become a hero or a rich person."

Vicky Roy: Ragpicker to an international photographer - the story of his success

Roy stated that when he was 11 years old, he stole some money from his uncle's purse, went to the railway station, and observed a train moving towards Delhi. When he arrived in New Delhi, he was unsure of what to do and became afraid, sobbing in a corner at the sight of people and large platforms. The children who were picking up rags at the railway station noticed him and approached him to inquire about him. They became buddies when he told them his story and they handed him some food packets. After two days, he began rag-picking too. After individuals threw their water bottles at the tracks after using them, Roy and the others would gather them and replenish them with clean, chilled water. Later, he said, they used to sell it for 5 rupees in a public compartment.

After experiencing the difficulties of living on train platforms, Roy decided to try something different for a living and began working at a Dhaba. He went to a Dhaba near Ajmeri Gate in New Delhi and requested work, and they hired him as a dishwasher. Someone came to the Dhaba to eat a few days later. The customer said that Roy should study. The customer spoke with the Dhaba's owner and soon after Roy was directed to Salam Balak Trust. Roy believes that joining the Trust transformed his life. They proposed a few possibilities for him, including TV mechanics, tailoring, and cooking, but he chose photography because he believed it would allow him to travel. Speaking about how his journey in photography started, he said,

"In 2005, I had to leave Salaam Balak as, after 18, one cannot stay at the shelter home according to the government's rule. Salam Balak searched job for me under a Delhi-based Photographer named Anay Mann. He gave me a job as a photo assistant. At the age of 17, I left Salam Balak as I was not studying regularly. The photographer told me that he will give me Rs 3000 per month along with a cell phone and bike. I thought it was a great job as only 8-10 days I had to work, rest days I am free."

Achievements and awards Roy won as a photographer

Roy said that he took a loan from Salam Balak Trust and bought a camera. He used to work as a wedding ceremony server as well. He used to buy film roles and do photography with the money he earned from that. Roy's first accomplishment, he stated, was mounting his first show, titled "Street Dreams" at the Indian Habitat Centre in 2007. In 2008, he took part in the World Wide Competition, where he was one of four photographers chosen from countless entries. He was in New York for six months, photographing the reconstruction of the World Trade Centre. In Sri Lanka, he also took part in an international photography reality program. He also got a gold medal in the Salam Balak Trust's 'International Award for Young People' award programme. He was summoned to London to have lunch with Prince Edward at Buckingham Palace as a result of this. After that, he established the 'Rang Open' library in Delhi. Roy also wrote books about photography, the first of which was titled 'Home Street Home'. Following the publication of that book, he was awarded a fellowship by the MIT Media Lab to learn more photographic methods and improve his work. He was a part of Forbes India's 30 Under 30 list as well as Vogue's 40 Under 40 list.

Roy is currently using his photos to do social service. He is presently working on a project called "Everyone is Good at Something". which will feature stories from people with disabilities. He will visit 28 states and 8 UTs as part of the initiative.