Google on Sunday celebrates the Iranian (Persian) New Year 'Navroz' with a colourful doodle as a mark to wish people across the globe 'Happy Navroz'. 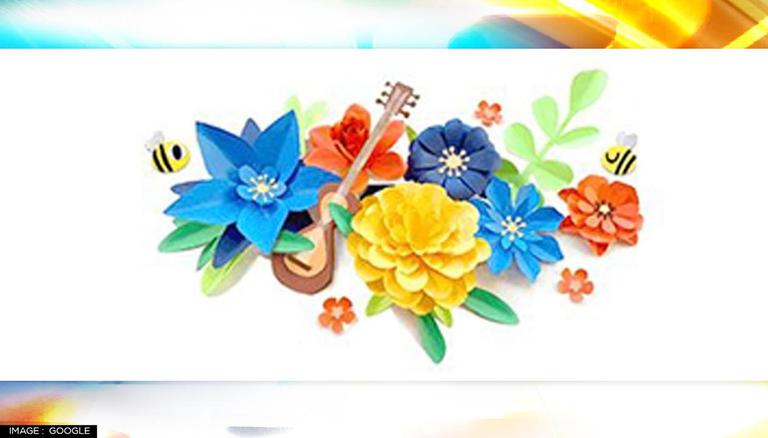 
Following its signature style, Google on Sunday celebrates the Iranian (Persian) New Year 'Navroz' with a colourful doodle as a mark to wish people across the globe 'Happy Navroz' which is also the first day of spring. The new Google doodle which replaces its regular homepage logo is a colourful sight depicting bright flowers, bees, caterpillars along with a musical instrument as well thus signifying the onset of the colourful spring season.

Meanwhile, there is a feature that allows the users to share the Google doodle on Facebook, Twitter, or Google+. Well, this is not the first time Google has replaced its logo with something to mark the celebrations of the day. Earlier, on various festivals and occasions, Google has changed its logos as suitable to the occasion. Speaking about today's logo, read on to know more about the 'Navroz' or the Parsi New Year.

All about the Persian New Year

'Navroz' or 'Nowruz' which marks the first day of spring or Equinox is the beginning of the Persian calendar. Thousands of people across the globe celebrate the day with enthusiasm by doing several activities, including feasts and outdoor activities in order to mark the official beginning of the Persian New Year. People on this day clean their houses, meet their friends and close ones, share gifts, and cook traditional dishes as a common practice during the festival.

It is also one of the oldest holidays and dates back to more than 3,000 years. It was initially originated in Persia following which it was celebrated in many other countries, including Afghanistan, Turkmenistan, Iraq, China, Pakistan, Iran, Kurdistan, Bangladesh, Armenia, and India as well. In some of these nations, the day is also declared a national holiday. People from diverse ethnic communities in India such as Parsis, Kashmiris, and Shia Muslims celebrate the festival with great fervour.

While Navroz has been celebrated since the reform of the Iranian calendar in the 11th century CE to mark the new year, the United Nations officially recognized the "International Day of Nowruz" with the adoption of Resolution 64/253 by the United Nations General Assembly in February 2010

Meanwhile, the 13-day festival begins with a vernal equinox during which the sun crosses the equator and the phenomena symbolises rebirth and affirmation of life in harmony in line with nature.