Dussehra 2021: When Is Dussehra? Check Dates, History, Traditions And More

The festival of Dussehra, also known as Vijayadashami, celebrates the triumph of good over evil. The festival will be held on October 15 this year 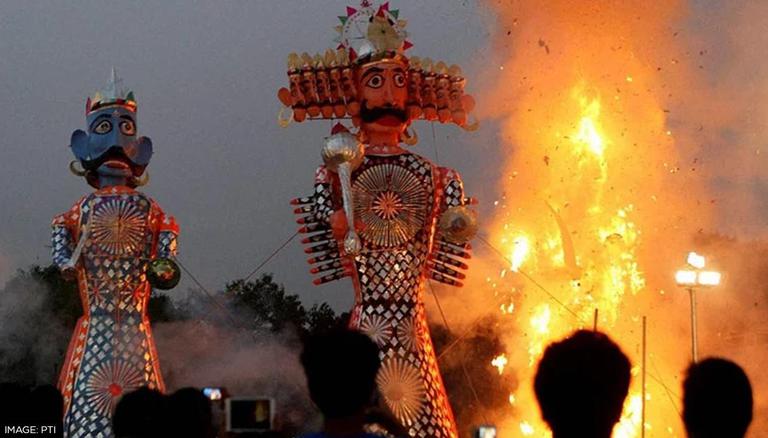 
The festival of Dussehra, also known as Vijayadashami, celebrates the triumph of good over evil. This year the celebrations will be held on October 15. Dussehra coincides with the Bengali festival of Durga Puja, which precedes Diwali, and celebrates the end of the nine-day Navratri festival.

In Hinduism, Dussehra, also known as Dasara or Vijayadashami, is a festival commemorating Lord Rama's victory over Ravana, the 10-headed demon king who kidnapped Rama's wife, Sita. The Sanskrit words Dasha (ten) and Hara (defeat) are used for naming the event. Dussehra is celebrated on the 10th day of Ashvina, the seventh month of the Hindu calendar, with the emergence of the full moon, a phenomenon known as Shukla Paksha, symbolising the triumph of good over evil. Dussehra falls on the tenth day of the Durga Puja festival and marks the end of the nine-day Navratri festival. For many, it is the start of the countdown to Diwali, which falls 20 days after Dussehra.

In the epic Ramayana, Dussehra marks Lord Rama's victory over Ravana, the ruler of Lanka. Lord Rama defeated Ravana, and his wife Sita was rescued from Ravana's captivity. Sita was abducted by Ravana. Rama travels to Lanka, where Sita had been kept captive by Ravana, to save her.

Many people burn giant effigies of Ravana, Kumbhakarna (Ravana's brother), and Meghanad (Ravana's son) to commemorate Lord Ram's victory. Setting fire to effigies of mythological demons is considered to eliminate the devils that reside within a person. Dussehra is a festival that is celebrated with considerable zeal and grandeur. Ram Lila, a grandiose theatrical dramatisation of Rama's life narrative, is performed across northern India. Ravana's effigies are often loaded with firecrackers and set ablaze in open fields at night, together with those of Meghnada (Ravana's son) and Kumbhkarana (Ravana's brother).

WE RECOMMEND
Ramlila to be held in physical form in Delhi, will remain low key due to restrictions
Vicky Kaushal & Shoojit Sircar's 'Sardar Udham Singh' to get an OTT release; Reports
Cabinet approves bonus equal to 78 days' wage for over 11 lakh railway employees
CJI NV Ramana hopes physical hearings in Apex Court resume post-Dussehra vacation
May not be able to hear PIL against Electoral Bond scheme before Dussehra break: SC