Fastest Pizza-maker: London's Zagros Jaff Makes A Pizza In 27 Seconds To Win The Domino's Title For A Third Time

According to international news reports, Jaff has recently defended his title for the third time at  Domino's annual European Fastest Pizza Maker Competition. The competition which is held annually attracts the best pizza chefs from all over Europe, testing their abilities

This has been the quintessential Dominoes promise. Reason - Fast Pizza making skills and fast delivery.

According to international news reports, Jaff has recently defended his title for the third time at  Domino's annual European Fastest Pizza Maker Competition. The competition which is held annually attracts the best pizza chefs from all over Europe, testing their abilities. 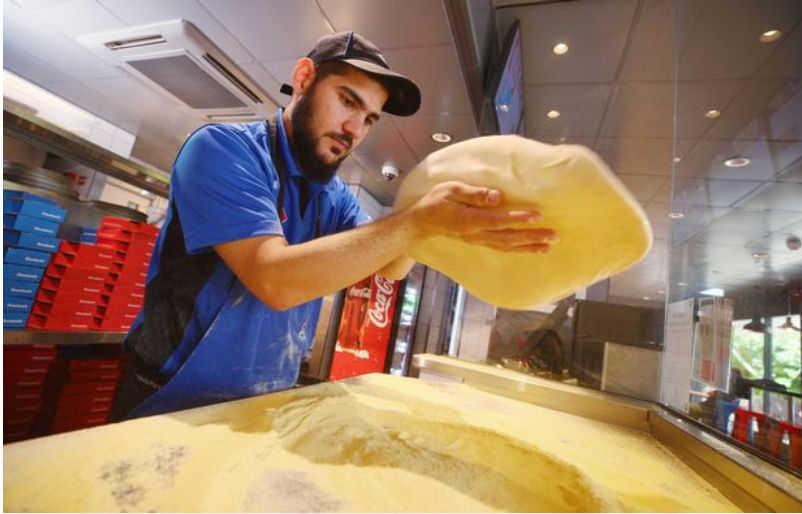 'I’m going to cut you': US woman accused of assault over a slice of pizza

Reports state that as part of the competition contestants have to prepare three large 13-inch pizzas, each topped with 40 slices of pepperoni, 142g of mushrooms, 198g of diced cheese along with a  Domino's signature pizza sauce. The contestants are then judged on their ability to make the pizza as per Domino's strict standards, according to reports.

Each contestant is penalised with 15 seconds per error if the pepperoni slice is in the wrong place or the dough has not been stretched to the right size. Derek O'Brien asks 'Are we delivering pizzas or passing legislation?', on quick passage of bills in budget session

Jaff's statement on his victory

Jaff who has won the competition three times has been awarded a unique trophy -a solid gold cast of his pizza-preparing hands.

"Customers don’t always realise the skill that goes into making a Domino’s pizza, from hand-stretching the fresh dough and leveling the sauce with my own personal ladle, to perfectly placing the fresh toppings," said Jaff in an interview with a local news channel, after winning the competition.

The plaque bearing his gold pizza-making hands will apparently be on display at the London's Portsmouth Fratto branch of the pizza company where Jaff trained and perfected his skills for over 10 years.

Real-world superheroes teach autistic child skateboarding, get hailed by his mother and offered a pizza party by local police

PEOPLE HAVE PLEDGED SO FAR
'24'-star Kiefer Sutherland injures ribs, cancels Europe concert dates
Nothing new, pending for 'long, long time', says Congress on CDS announcement
This is the criteria based on which Ravi Shastri was re-appointed Team India Head Coach
Glitter Wine is trending on social media; Here's everything you need to know about it
Processed food that are delicious and good for health
Milk alternatives that you should try if you do not consume dairy products
Awadhi cuisine's culinary terms that you must check out right away
Breakfast ideas for kids: Healthy recipes that involve dalia
DO NOT MISS
ROMI DEV ON '83'
SOUVENIR TO BE GIFTED TO TRUMP
SHAHEEN BAGH MEDIATOR MOVES SC
SPECIAL 'ALL-VEG' MENU FOR TRUMP
THACKERAY SLAMS BJP
SHARMA BAGS 11TH 5-WICKET HAUL