McDonald's BTS Meal: See How Much The Endorsement Deal Cost The Fast-food Giant

Not only does the McDonald BTS Endorsement roll out the new 'BTS Meal' at its chains across the globe it also includes select exclusive merch for the fans. 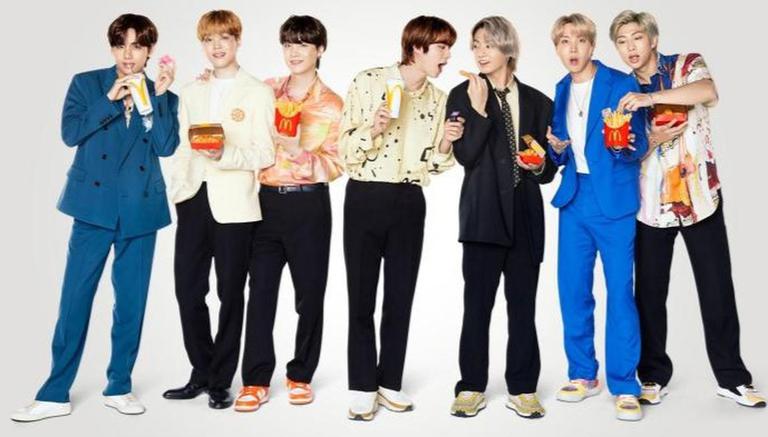 
Fast-food giant McDonalds paid close to $ 8.98 million (10 billion Won) to BTS for the 'BTS Meal' endorsement, an industry source has revealed. Known to be the king of advertisements, BTS received between $2.69M (3 billion Won) and $4.48 million (5 billion Won) for domestic endorsements of the McDonald BTS Meal.

Not only does the McDonald BTS Endorsement roll out a new meal at its chains across the globe it also includes select exclusive merch for the fans. The HYBE McDonalds X BTS Merch in the boyband's colour purple ranges from $12 USD socks to $110 USD robes along with limited-edition photo cards. This alone is raising several million dollars, aside from the McDonald BTS Meal being sold at the fast-food giant's chains.

READ | BTS McDonald's Meal now available in India; Check out price, details and how to order

Which one of you made a BTS shrine out of the McDonald’s meal... pic.twitter.com/Ckgpjhkniz

Is BTS Meal available in India?

READ | As BTS' Taehyung aka V completes 8 years in the K-pop band, fans pour in their love 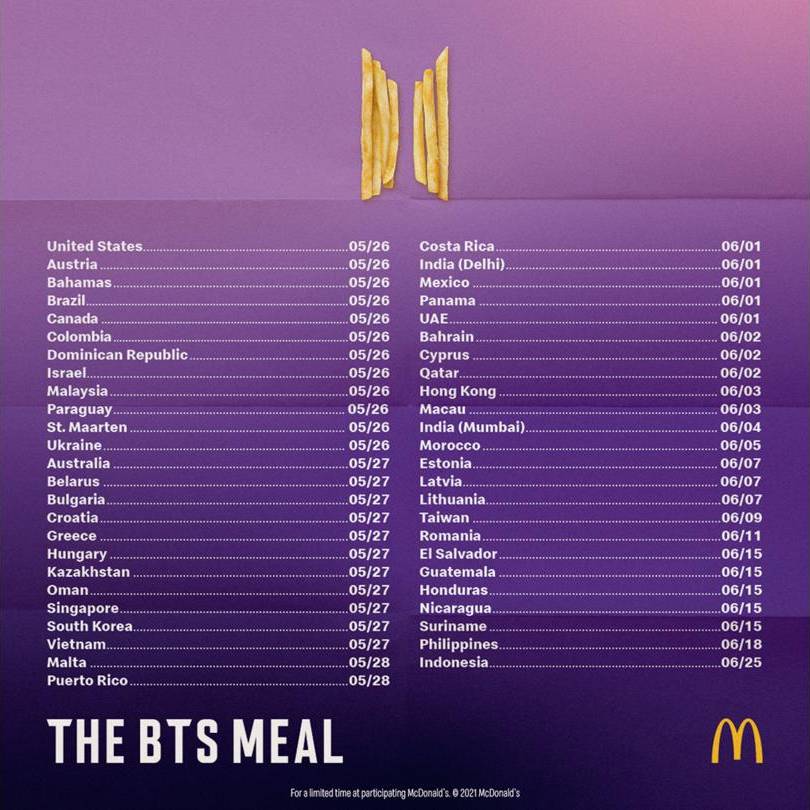 The BTS McDonalds meal is priced at Rs 300 in India. The price includes- 10 or 9-piece Chicken McNuggets, medium World Famous Fries, a medium drink, and two dipping sauces namely– Sweet Chili and Cajun. The BTS Meal price in India is subjected to extra taxes based on whether you are ordering from the McDonalds store or calling for home delivery via third-party apps like Swiggy or Zomato.

WE RECOMMEND
How much does the new BTS McDonald's meal cost? Here is the breakdown