Gene In Monkeys, Mice May Act As Antiviral To Block HIV, Ebola In Humans: Study

According to the scientists, this new finding can replace the existing anti-viral treatment strategies and help develop new ones for the future. 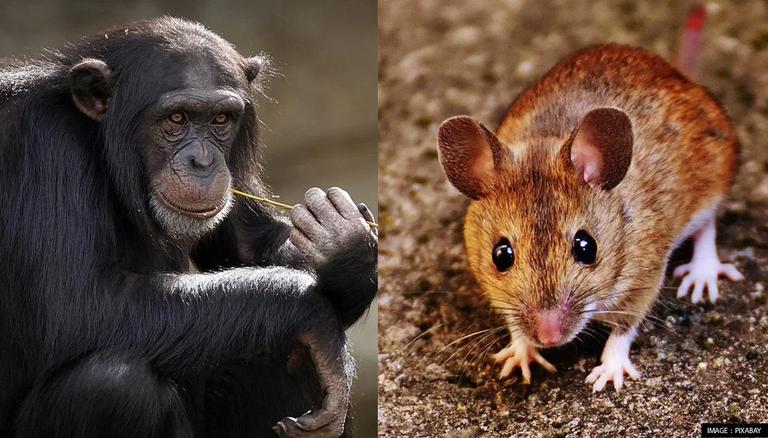 
In a major development, researchers via a new study have found that a gene identified in monkeys and mice can disrupt the mechanism of viruses such as HIV and Ebola. As per Genetic Engineering and Biotechnology News, the identified gene called 'RetroCHMP3' causes a genetic mutation that interferes with the process of how the viruses mentioned above infect human cells. Moreover, scientists from Rockefeller University and the University of Utah believe that results from this new observation can assist new future developments.

Published in the scientific journal Cell, the study titled “RetroCHMP3 blocks budding of enveloped viruses without blocking cytokinesis”, revealed that the new gene slows down the cell-to-cell transfer of the virus. The study explained that a protein called charged multivesicular body protein 3, or CHMP3 is essential for the cellular mechanisms needed for maintaining cell membrane integrity, intercellular signalling, and cell division. It further added that a pathway carries out these mechanisms called the endosomal sorting complexes required for transport (ESCRT) for essential cellular membrane fission (separation) events such as multivesicular body formation, cytokinetic abscission, and resealing of the post-mitotic nuclear envelope. Viruses, such as HIV, are notorious for hijacking and exploiting these pathways to move from one cell to another and thus cause widespread infection.

It was observed that the RetroCHMP3, the duplicated copy of CHMP3 commonly found in monkeys and mice, significantly delayed the process of transferring, hence not allowing the virus to spread. Notably, the Retro version of the protein is found in species such as monkeys, mice, and other animals, while humans only have the original CHMP3. Calling the discovery “unexpected”, senior author and a geneticist at the University of Utah, Nels Elde, said that just minutely slowing down human cell biology can significantly affect the virus’ replication.

Using human CHMP3 as an antiviral

While using a shorter, altered version of the original CHMP3 as antiviral in humans, the scientists found that although it successfully prevented HIV from budding off cells, it killed the cells by disrupting important cellular functions. The experts modified the human cells to produce RetroCHMP3 and infected them with HIV viruses to tackle this. They found that the protein stopped the virus from budding and made it happen without disrupting the metabolic signalling or related cellular functions that were causing cell death. As per the scientists, this new finding can replace the existing antiviral treatment strategies and help develop new ones for the future.