As Lucy Heads Toward Earth In October, NASA Narrates How It Saved The Spacecraft 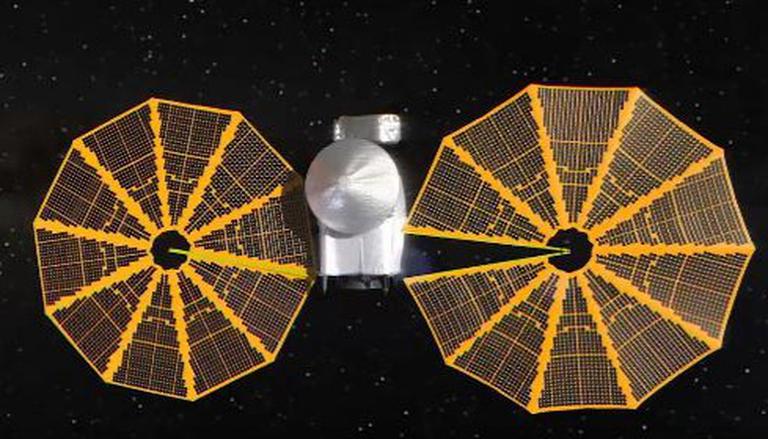 
NASA’s Lucy spacecraft is heading towards the Earth for a gravity assist this October, nearly a year after it was launched on October 16 from the Cape Canaveral Space Force Station in Florida. However, just a few hours into its flight to Jupiter, the mission teams came across an unexpected challenge. One of Lucy's solar arrays, which was supposed to open 360 degrees in order to power the spacecraft, got stuck and failed to fully unfurl.

To assess Lucy’s solar array configuration in real-time, the team launched thrusters on the spacecraft and collected information data on the force that caused the vibrations of the solar array.  To arrive at the root cause, they put the data into a detailed model of the array’s motor assembly to evaluate the rigidity of Lucy’s array. The main problem was finally found – a lanyard designed to pull Lucy’s massive solar array open was likely snarled on its bobbin-like spool.

The team came up with two possible solutions: In one, they would pull harder on the lanyard by running the array’s back-up deployment motor simultaneously with the primary motor. Though the motors were never intended to work side by side, the team ensured that this worked.

Option no 2 was to use the array as it was – nearly fully deployed and generating more than 90% of its expected power. The team studied both the solutions for hours, analysing the test footage and testing a ground-based replica of the array’s motor assembly and testing it past its limits, and simulating Lucy in space with special, high-fidelity software to assess the chances of potential ripple effects on the spacecraft on a redeployment attempt.

Following the analysis, the team settled on the first option, which turned out to be a success.

Shortly after launch, the #LucyMission spacecraft ran into trouble with one of its solar arrays. Across millions of miles, the team found a way to troubleshoot the problem, and the mission is moving toward its next milestone. Learn how they did it: https://t.co/IEd1N9jFJZ pic.twitter.com/AYJKJLOOQ3

Lucy is the first mission that was launched last year to study a total of nine space rocks. Out of these, one asteroid resides in the main belt between Mars and Jupiter and the other seven are trojan asteroids. The Trojans are the space rocks that orbit the Sun in two loose groups, with one group leading ahead of Jupiter in its path, and the other trailing behind the planet. Earlier in June this year, NASA announced a new target for the spacecraft, a companion of another trojan asteroid named Polymele.

Currently on a 12-year-old journey, Lucy will become the first man-made object to fly past one of the trojan asteroids in 2027. However, Lucy's first encounter with the asteroids will occur in 2024 when it comes across the Donaldjohanson asteroid into the main asteroid belt. According to NASA, all of the spacecraft's flyby will occur between 2027 and 2033 after it will arrive at its main target in 2025.

The reason for choosing the trojan asteroids is the possibility of these primitive objects hiding new discoveries about the early solar system.

How did NASA save Lucy? 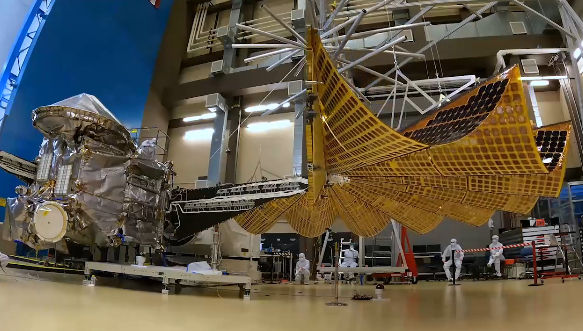 Soon after Lucy's launch last October, NASA confirmed that the spacecraft's solar array was open between 75-95%. It, however, assured that this has zero to little effect on the amount of power being supplied for the spacecraft's propulsion. On multiple occasions, the mission teams tried to fully unfurl the arrays by using both the primary and backup motor windings to pull them outward. Between May and June alone this year, the teams made seven attempts to open the jammed panel.

After constant efforts of powering the motor and forcing the array outward, NASA confirmed that it is now between 353 degrees and 357 degrees open. "While the array is not fully latched, it is under substantially more tension, making it stable enough for the spacecraft to operate as needed for mission operations", NASA said in a statement.