The asteroid named 2022 AP7 was found among a trio of space rocks and will soon cross the Earth's orbit as it revolves around the sun every five years. 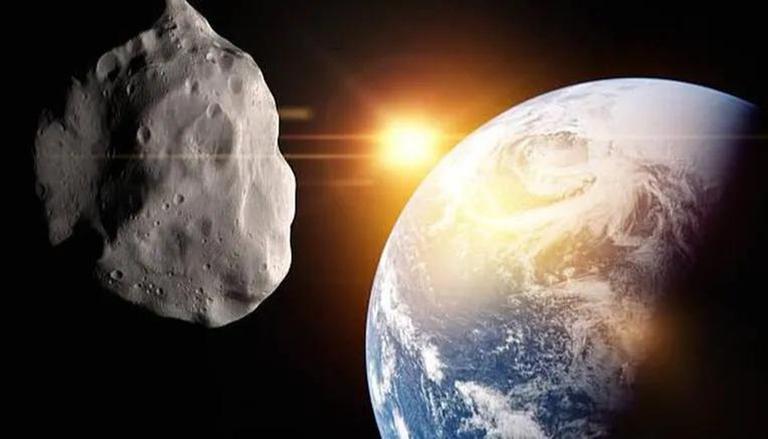 
The threat to Earth from asteroids was recently amplified with the discovery of an asteroid said to be ‘hiding’ in the Sun’s glare. Dubbed 2022 AP7, the asteroid has been nicknamed a ‘planet killer’ and it will soon cross the Earth's orbit. There’s no need to fret, however, as astronomer Scott Sheppard who discovered the space rock said that there is no chance of an impact for now.

The asteroid 2022 AP7 was found among a trio of space rocks, according to the study published in the Astronomical Journal by Sheppard and his colleagues at the Carnegie Institution for Science in Washington. These experts say that this asteroid orbit's the Sun every five years and gets close to Earth in the process, which is why it is considered potentially hazardous. Measuring between 1.1 kilometre to 2.3 kilometre, the asteroid is the biggest 'planet-killer' discovered in the last eight years and is among the top 5% of the biggest ones ever found.

(NASA's real-time map of asteroids and their orbits; Image: NASA)

As for the likelihood of an impact, Sheppard says that more data is required to accurately measure its orbit and the dangers it poses in the years ahead. It is dangerous, however, because the asteroid crosses the Earth's orbit when our planet is facing the Sun, making it hard to detect in all that brightness. The astronomer warned that any space rock bigger than one kilometre in diameter qualifies as a planet killer as the impact would kick up dust into the atmosphere blocking the sunlight.

"The Earth’s surface would likely cool significantly from sunlight not getting to the planet. It would be a mass extinction event like hasn’t been seen on Earth in millions of years", Sheppard said per The Guardian. It is worth noting that apart from huge visible asteroids, smaller ones in blind spots also pose a severe threat. The Chelyabinsk event in Russia is a textbook example as a 20-meter-wide asteroid exploded over a city in 2013 after entering Earth undetected and shattering thousands of house windows. The asteroid 2021 UA1 is another example of when the space rock made a sudden appearance just a few thousand kilometres above the Antarctic, Space.com reported.