Blue Origin's forthcoming mission will be its fifth crewed spaceflight that will launch the first Mexican-born woman to space. 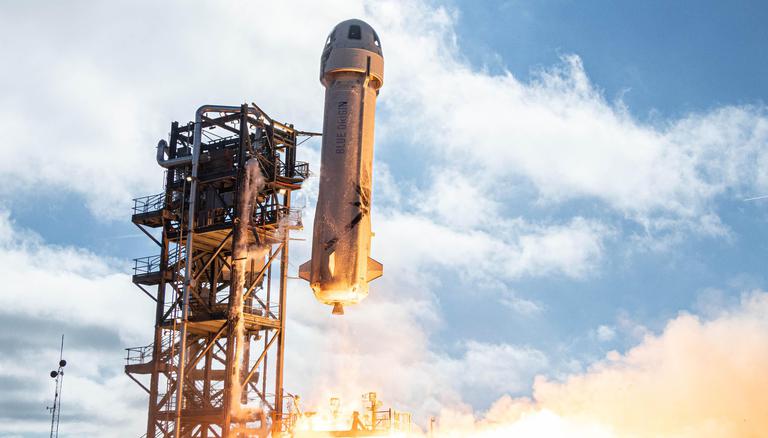 
Jeff Bezos’ aerospace company Blue Origin announced its 21st space mission on Monday which would create another record. Named New Shepard 21 or NS21, the mission will be Blue Origin's fifth crewed spaceflight and will soon receive an official launch date. Meanwhile, the company introduced its six customer astronauts who would ride the New Shepard rocket on another historic flight. According to Blue Origin, its forthcoming mission will launch the first Mexican-born woman to space. 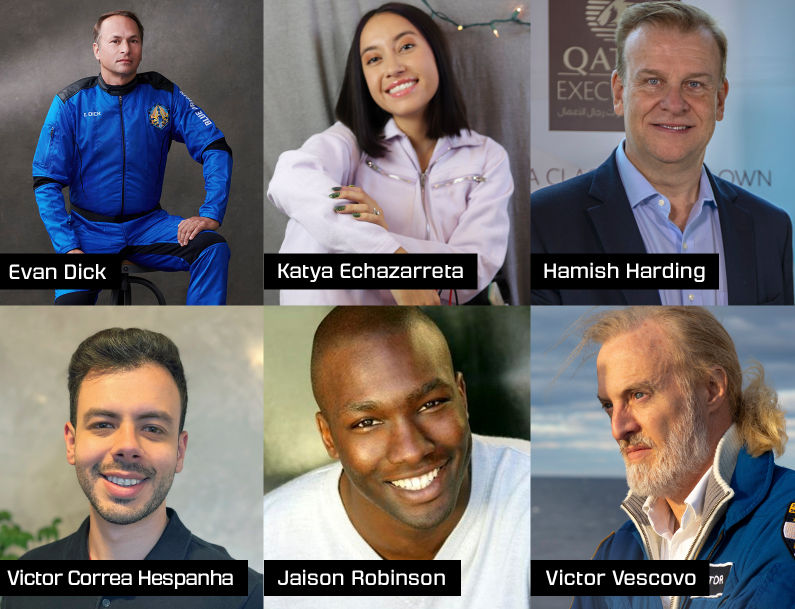 The New Shepard crew includes six members and each of them will cross the Karman line with a decorated portfolio. The first member of the crew is Evan Dick, who is an ATP-rated pilot, a volunteer for Starfighters Aerospace, as well as an avid sailor and motorcyclist.

An engineer and investor by experience, Dick was part of Blue Origin's NS19 mission which took off on December 11, 2021. He is also a supporter of the Darwin Foundation and Population Relief International Corp and has served as Senior Vice President for Hedge fund company D.E. Shaw.

Next up is Katya Echazarreta who would create history by becoming the first Mexican-born woman to reach outer space. An electrical engineer by profession, Katya formerly worked with NASA's Jet Propulsion Laboratory for four years and across five major missions including the Perseverance Mars rover and the soon-to-be-launched Europa clipper.

She is currently pursuing a Master’s degree in electrical and computer engineering at Johns Hopkins University and is the co-host of the YouTube series "Netflix IRL" and "Electric Kat" on the CBS show "Mission Unstoppable.” While Blue Origin refused to give out details about the cost of the flight, it said that Katya's seat is sponsored by the non-profit organisation Space for Humanity.

The third member of the mission is Hamish Harding who has several aviation world records to his name. In 2019, he broke the record for flying a Gulfstream G650ER aircraft over the North and the South poles with former International Space Station Commander Col. Terry Virts. Moreover, he dived to the deepest point of the ocean- 'Challenger Deep'- with a fellow passenger and explorer Victor Vescovo who accompanied him to a depth of 36,000 feet.

The fourth customer is Harding's accomplice Victor Vescovo who has dived into the Challenger Deep twelve times and is the first person to visit the deepest point in the world’s five oceans. Co-founder of private equity investment firm Insight Equity, Vescovo has completed the “Explorer’s Grand Slam,” which includes summiting the world’s seven summits and skiing to the North and South Poles.

Accompanying these four is Victor Correa Hespanha who will become the second Brazilian and the first 'cryptonaut' to fly to space as he recently bought his first Non-Fungible Token (NFT). Just like Katya, Hespanha's seat is also sponsored but by the Crypto Space Agency.

The sixth and final member is Jaison Robinson who is an avid scuba diver and skydiver, founded JJM Investments, a commercial real estate company, and co-founded Dream Variations Ventures (DVV) which invests in technology and sports start-ups.