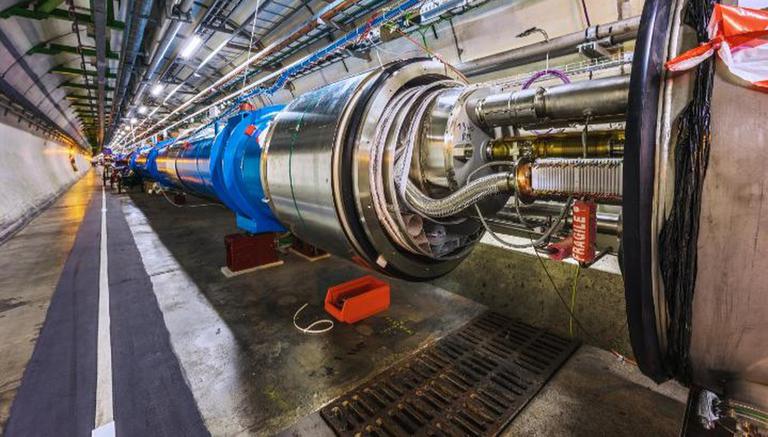 
The Geneva-based Large Hadron Collider (LHC) has discovered new “exotic particles” during its latest run that began after a three-year hiatus, CERN announced. Made operation in 2008, the particle accelerator was put to rest in 2019 and was restarted in April this year. According to CERN, the LHC recently recorded its first collisions at the world-record-breaking energy of 13.6 tera electron volts (TeV) during the ATLAS Experiment.

What is the LHC?

The Large Hadron Collider was built by CERN (Conseil Européen pour la Recherche Nucléaire) or the European Organization for Nuclear Research and is the world's largest and most powerful particle accelerator. Measuring 27 km long, the LHC consists of a ring of superconducting magnets that accelerate particles to near light speed and make them smash into one another to record the results.

This smashing of two beams of particles is an important aspect of quantum physics which is the branch of science that focuses on matter and energy at the most fundamental level.

The Large Hadron Collider at @CERN has officially kicked off for Run 3! 🥳👏

The ATLAS Experiment has recorded its first collisions at the world-record-breaking energy of 13.6 tera electron volts (TeV). #LHCRun3

What is the new discovery?

According to CERN, the newly discovered particles are "pentaquark" and the first-ever pair of "tetraquarks" and these are new entries in the list of hadrons found so far. In simple terms, hadrons are particles that are formed by quarks and the protons plus neutrons are different types of hadrons. Physicists say that with the help of these new particles, they would better understand how quarks bind together to form the said composite particles, hadrons in this case.

"Finding new kinds of tetraquarks and pentaquarks and measuring their properties will help theorists develop a unified model of exotic hadrons, the exact nature of which is largely unknown", LHCb spokesperson Chris Parkes said in a statement. "It will also help to better understand conventional hadrons". Short for the Large Hadron Collider beauty (LHCb), this experiment is meant to investigate the differences between matter and antimatter by studying a type of particle called the “beauty quark”, or “b quark”.

Notably, the most remarkable discovery by the LHC has been of the Higgs Boson, also called the "God Particle" which confirmed the presence of the Higgs Field, the field which provides mass to objects. The theory of Higgs Field was first proposed by Peter Higgs, a physicist at Edinburgh University.