Elon Musk's SpaceX has been awarded a contract worth $1.9 million by the US Air Force for Starlink internet services to military bases in Europe and Africa. 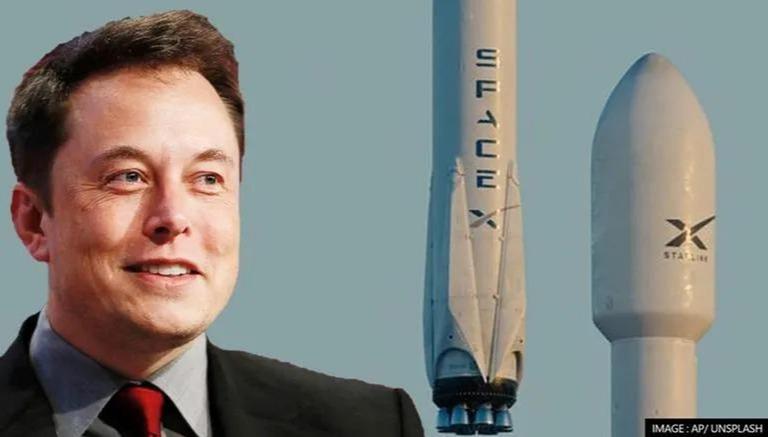 
Elon Musk’s aerospace company SpaceX has won a contract from the US Air Force Special Operations Command to provide its satellite internet in Africa and Europe. Worth $1.9 million, the contract would last for a full year and bind SpaceX to offer hardware (satellite terminals) and services to military airlift units based at Germany's Ramstein Air Base and other locations in Africa.

A report by Space News revealed that this contract is based on the US Air Force's requirements for a commercial satellite internet solution across the said continents.

SpaceX was awarded the contract as it is the sole vendor having a strong internet satellite constellation that is capable of functioning in tough situations. "Starlink is the only LEO (Low-Earth Orbit) constellation communications company that currently provides this commercial satellite solution with services to Europe and Africa", an official document released earlier this month read, as per Space News.

With 2,287 active satellites, Musk's aerospace firm currently has the most number of satellites in the LEO. This number was achieved after the August 13 launch, when SpaceX launched its Falcon 9 rocket with 46 new Starlink satellites. Other companies such as Amazon, OneWeb and Telesat are emerging as challengers to SpaceX in the commercial market but none of them are close to it in terms of operations and numbers.

Besides, this would not be the first time when SpaceX will provide assistance to the military as it is already helping out troops in Ukraine to fight against the Russian army. Starlink satellites were activated over Ukraine soon after the Russian troops marched into the country on February 24 and crippled its communications systems.

Rough data on Starlink's usage: around 150K active users per day. This is crucial support for Ukraine's infrastructure and restoring the destroyed territories. Ukraine will stay connected no matter what. pic.twitter.com/XWjyxPQJyX

Currently, SpaceX is periodically sending Starlink terminals to Ukraine and according to Mykhailo Fedorov, Ukraine's Vice Prime Minister, Starlink had over 1,50,000 daily users by May alone. Notably, the US Air Force also mentioned how SpaceX was able to protect its satellites from cyber-attacks by Russian hackers, something which they cited as another reason for choosing Starlink.

However, OneWeb was considered the second option after Starlink but its services were restricted beyond south of 50 degrees north latitude. Based in the UK, OneWeb's constellation will consist of 648 satellites, out of which 428 satellites have already been launched. While the rest were supposed to be launched by Russia's space agency, Roscosmos, the Ukraine crisis caused an end to their partnership following which OneWeb turned to India's ISRO.

While the exact date for the launches is not finalised, the satellites will be sent into orbit from the Satish Dhawan Space Centre in Sriharikota starting in 2022.