The International Space Station and Boeing's Starliner are doing rounds on social media thanks to incredible pictures released by London-based photographers. 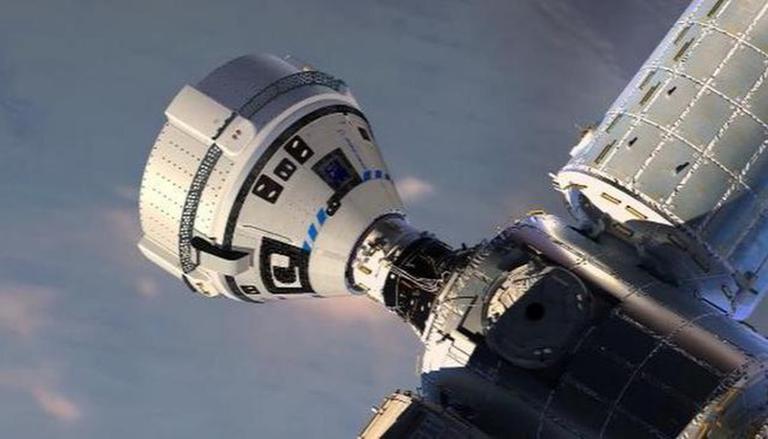 
Boeing Space recently completed its Orbital Flight Test-2 (OFT-2) mission but stunning visuals from the company’s latest endeavour continue to emerge. Recently, London-based photographers shared new visuals featuring Boeing’s uncrewed Starliner capsule approaching the International Space Station (ISS). This visual, which is in the form of a GIF, was shared on a Twitter account named ‘Space Station Guys’. According to its official website, the visual shared below was taken on May 20 and shows the Starliner just 200 metres away from the space station before its docking.

"This incredible animation was taken by Gábor Sági from Oxford on 20th May 2022. The new Starliner spacecraft is only approximately 200 meters away from the ISS", the official website said about the image above. Explaining what goes into photographing the ISS which moves at a speed of over 27,000 kilometres hour, the owners of the website said, "ISS flyby times should be convenient, just like the timing of the approach, the position of the spacecraft relative to the station, the season and of course the sky should be clear". Luckily, we are in the High Beta Angle season which makes space station photography easier for photographers as the orbital outpost is constantly illuminated by the sun.

Interestingly, the 'Space Station Guys' have posted several pictures of the space station captured by different photographers from various locations. Check out some of the visuals below.

READ | Boeing's Starliner spacecraft to depart ISS for May 26 landing; here's how to watch live

Very glad the @BoeingSpace #starliner has docked. The view through my 12in Dob telescope in my back garden at 22.12 UT. It was about 200m from @Space_Station . Manually tracked. #spotthestation pic.twitter.com/JMOT0ZIjVl

This is why I love shooting in colour! I know a colour camera gives less favourable overall details, but colours make life so much more..hmmmm... vivid, isn't it? 😊@skyatnightmag @tariqjmalik @NASASpaceflight @Cmdr_Hadfield @astro_kjell @AstroSamantha @Erdayastronaut pic.twitter.com/fAkL57aTPd

The uncrewed Starliner capsule took off for the space station on May 20 under the OFT-2 mission from NASA's Cape Canaveral Space Force Station in Florida. The mission was launched with the aim to test the end-to-end capabilities of Starliner from launch to docking, atmospheric re-entry, and a desert landing. It was Boeing's second shot at a NASA license, the first being a failed attempt in 2019, and the Starliner left for the space station with around 362 kilograms of cargo.

The capsule arrived at the ISS 26 hours after liftoff and left for Earth following a week-long stay in space. Tap here to read all about the mission and its importance for both NASA and Boeing.