ISRO's PSLV To Launch 3 Singapore Satellites On June 30; Here's All About It

ISRO's flagship rocket, the Polar Satellite Launch Vehicle (PSLV) will lift off with three satellites from Singapore on June 30 under the PSLV-C53 mission. 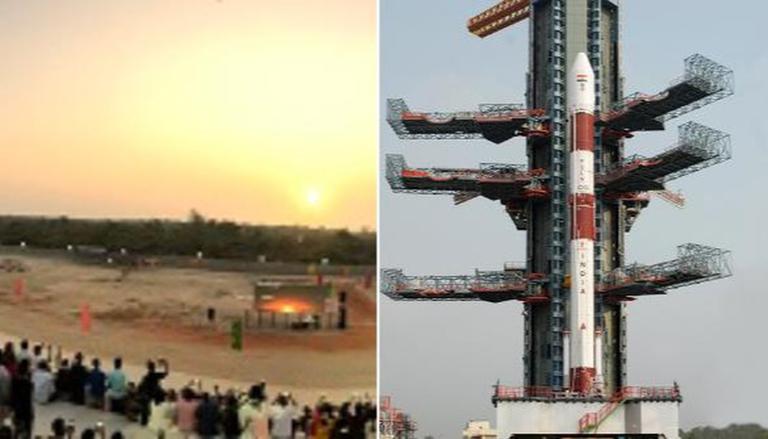 
The Indian Space Research Organisation’s (ISRO) flagship rocket, the Polar Satellite Launch Vehicle (PSLV) will lift off with three satellites on June 30. The mission named PSLV-C53 will be conducted from the Second Launch Pad at Satish Dhawan Space Centre, Sriharikota at 6 p.m. (IST).

According to ISRO, the countdown leading to the launch begins at 5 p.m. on June 29, about 25 hours before the launch.

“The mission proposes to demonstrate the utilization of the spent upper stage of the launch vehicle as a stabilized platform for scientific payloads subsequent to the separation of the satellites”, ISRO said in a statement.

What is the mission about?

The four-stage, 44.4-meter-tall PSLV will liftoff with a total mass of 228.4 tonnes and three satellites- the DS-EO satellite, the NeuSAR satellite, and the Scoob-1 satellite of Nanyang Technological University (NTU) in Singapore. The rocket would inject the 365 kg DS-EO at an altitude of 570 km measured from the equator. ISRO revealed that this satellite carries an Electro-Optic, multi-spectral payload that will provide full-colour images for land classification, and serve "Humanitarian Assistance and Disaster Relief needs."

READ | NASA-ISRO’s NISAR mission targeted for launch in 2023; know all about it

Please come and witness the launch of PSLV-C53 on Thu, June 30, 2022, at 6 pm LIVE from the viewers’ gallery at SDSC-SHAR, the Spaceport of India. Register at https://t.co/J9jd8yDs4a between 10 am on June 23 and 4 pm on June 28. Covid-appropriate behavior solicited. pic.twitter.com/4xNIWTieKO

The second satellite, the 155 kg NeuSAR, is Singapore's first small commercial satellite carrying a SAR (synthetic aperture radar) payload and is capable of providing images day and night and under all weather conditions. The Scoob-1 satellite, on the other hand, weighs just 2.8 kg and is the first satellite in the Student Satellite Series (S3-I), which was a student training program from the Satellite Research Centre (SaRC) at Singapore's NTU School of Electrical and Electronic Engineering.

What's special about this mission?

The PSLV-C53 is the second dedicated commercial mission of the NewSpace India Limited (NSIL), ISRO's commercial arm. Moreover, the forthcoming mission is the 55th for PSLV and the 15th one using the PSLV-Core Alone variant. In addition to this, the mission would also mark the 16th PSLV rocket launch from the Satish Dhawan Space Center's second launch pad.