Mars IN PICS: Take A Look At The Most Stunning Images Clicked By NASA On The Red Planet

Currently, there are a total of five rovers on Mars. Some of them regularly share stunning images of the Martain surface. Here is a look at the images. 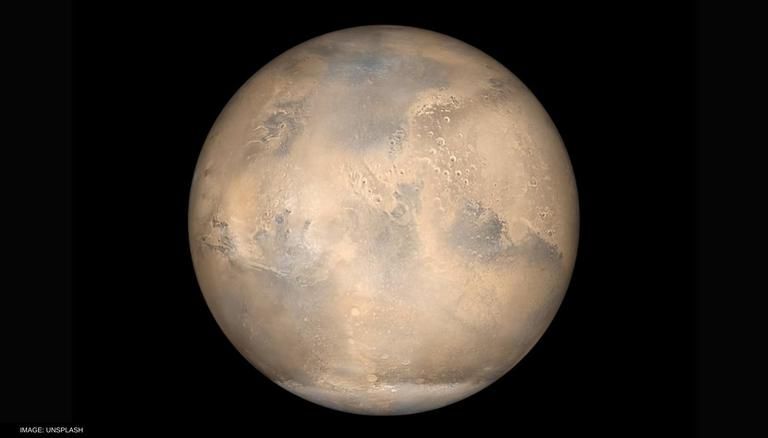 
Ever thought about what sunrise might look like on the red planet? Recently, NASA's InSight lander has recently shared a picture on the 1198th Martian day of its mission. The image shows the plains of Elysium Planitia in the foreground and a glimpse of the sun at the horizon. Additionally, viewers can also the silhouette of an arm of the lander towards the upper half of the image.

The picture of Martian dawn was clicked by InSight on April 10, 2022. The picture was posted on NASA's official Instagram page about 23 hours ago and it has already got more than 400K likes. In a reply to an Instagram user, NASA mentions that the image was "taken with InSight's robotic Instrument Deployment Camera." Additionally, the image is credited to NASA/JPL-Caltech. Have a look at the image attached below.

Here is a picture clicked by Perseverance Rover

Yet another image shared by NASA's Instagram page shows the stunning path taken by the Perseverance Rover, which is covering 300 yards. The image was captured on the 381st Martian day of the Persevreance's mission. The tracks of the rover are spread all across a now-dry lake, called the Jezero Crater. Like the one mentioned above, the image was also credited to NASA/JPL-Caltech.

Last month, the Curiosity Mars Rover took the picture of artefacts from "the Red Planet's ancient past. Smaller than a penny, the flower-like rock along with the spherical rock seen on the right was made when minerals carried by water cemented the rock." The image was captured on February 24, 2022, and is credited to NASA/JPL-Caltech/MSSS.

Most recently, it beamed back a bird's eye view of the Chinese Zhurong rover using its Hi-RISE camera. The photo above, captured by MRO shows a tiny bug-like rover in the vast and barren land of the red planet. Interestingly, NASA also marked the path taken by the rover which can be spotted in both the images next to the blue coloured arrow. After landing on Mars in May 2021, the Zhurong rover has travelled roughly 1.5 kilometres from its touchdown spot. Most recently, the rover stumbled upon evidence that its current exploration site endured long periods of weathering by wind and even water.