NASA Begins Roll Out Of Mega Moon Rocket Artemis I Back To Launch Pad; Watch Live

NASA, on June 6, rolled out its SLS rocket at 9:31 am IST from the Vehicle Assembly Building for crucial countdown tests ahead of the Artemis I mission. 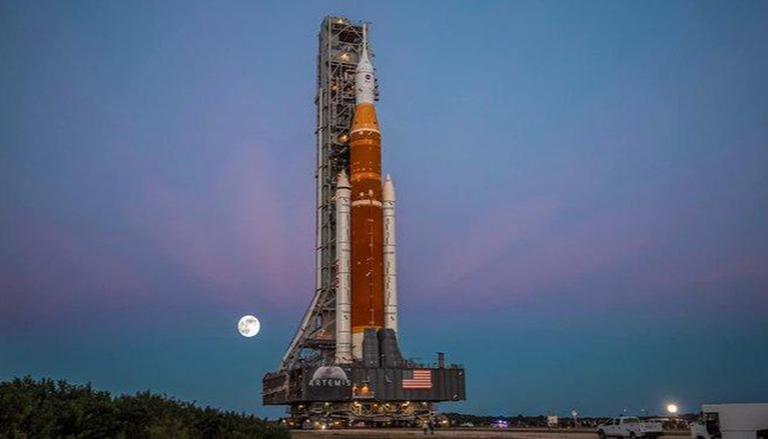 
NASA, on June 6, rolled out its Space Launch System (SLS) rocket out of the Vehicle Assembly Building (VAB). The mega launch vehicle emerged from the VAB at 9:31 am IST [12:01 a.m. EDT] and NASA is live streaming the rocket’s six-kilometre journey to the launch pad at the Kennedy Space Center.

.@NASA_SLS and @NASA_Orion have left the building.

After a planned stop to retract the crew access arm, it'll begin the four-mile journey to Launch Complex 39B. The next wet dress rehearsal attempt is targeted for no earlier than June 19. Watch live: https://t.co/omlY1HbL7V pic.twitter.com/pVUyZxmgF0

The SLS rocket is being hauled to the launch pad atop the massive Transporter which would take somewhere between 8-12 hours to reach its destination. Yet to make a debut launch, the SLS will send an uncrewed Orion spacecraft to the Moon under the Artemis I mission which is likely to take off in August this year.

As for the rollout, it is being carried out for crucial countdown tests ahead of the actual launch day of Artemis I. Called the ‘wet dress rehearsals’ this test would help NASA engineers determine the readiness of the rocket that would pave way for another Moon landing later this decade. Notably, this would be the second time the SLS rocket is being rolled out for the rehearsals. The tests were originally planned to last just three days- April 1 to 3- but they were repeatedly delayed due to leakage of propellants while loading it into the rocket's tanks among other issues.

What happens during the “wet dress rehearsals”?

During the tests, the tanks of SLS will be filled with 7,00,000 gallons of cryogenic propellant and the teams will conduct a full launch countdown similar to the one on launch day. It is called “wet dress rehearsals” because of the loading of supercooled liquid hydrogen and liquid oxygen. Earlier today, the rocket integrated with the Orion spacecraft was rolled out, however, the tests will begin no earlier than June 19, NASA revealed.

Notably, the rehearsals are basically an eight-step procedure that begins with the rocket being rolled out from the VAB. During the tests, the launch team, after powering on the Orion and SLS, will count down to T-33 seconds after a series of pre-planned holds. In the next step, they would recycle the clock to T-10 min to demonstrate procedures for scrubbing the launch for weather or technical issues. Then at T-9.34 seconds to launch, the team will end the countdown to stimulate scrubbing of the launch.