NASA's DART spacecraft, which was launched last November, is set to collide with an asteroid, an event which will be documented by a CubeSat on Sept 27. 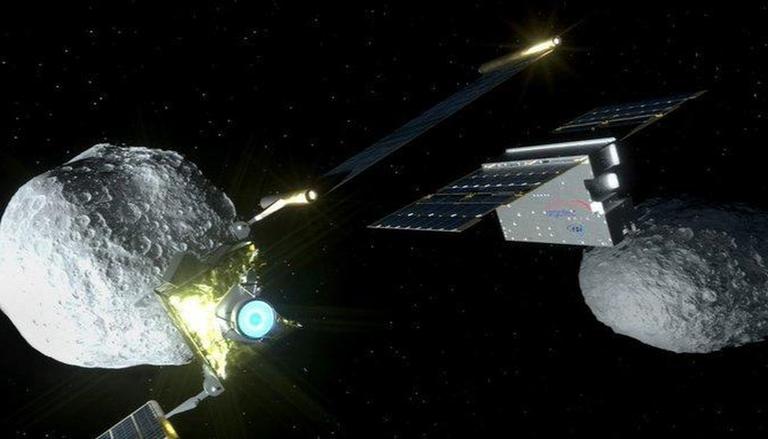 
The LICIACube satellite which will record the DART spacecraft’s collision with an asteroid has been deployed, informed the Italian Space Agency, the developer of the crucial component. Short for Double Asteroid Redirection Test (DART), the spacecraft was launched by NASA on November 24 last year and will slam into its target space rock Dimorphos at a speed of 24,140 kmh at an estimated time of 4:44 am IST on September 27 (7:14 EDT on Sept 26).

Since the cameras of the spacecraft will no longer be functional, LICIACube will document the impact and beam it back to Earth. Notably, Dimorphos (160 metres in diameter) is part of a binary asteroid system meaning it orbits a bigger asteroid named Didymos which is 780 metres across. For the unversed, the DART mission is to test a planetary defence technology which involves artificially deflecting an asteroid from its natural course. If successful, DART would yield measures to protect Earth from planet-killing asteroids.

Recently, the mission teams calculated the distance of the asteroid system at the time of the impact which turned out to be 10.8 million kilometres.

The LICIACube, according to the Italian Space Agency, was released from DART in the early hours of September 12 to give it more time to position itself safely to record the spacecraft’s collision with the asteroid and everything that happens afterwards. “The detachment was nominal, the DART probe has resumed its pre-release attitude to continue its cruise that will take it to the moment of the expected impact on the night between 26 and 27 September”, the space agency said in an update.

“The mission is, therefore, in the hottest moment with the calibration operations in flight and navigation towards the optimal approach trajectory from which to observe, closely but safely, the impact of DART on the asteroid Dimorphos and subsequent phenomena”, it added.

The CubeSat, which weighs no more than 14 kg has two optical cameras- LUKE (LICIACube Unit Key Explorer) and LEIA (LICIACube Explorer Imaging for Asteroid) that will send real-time data of the collision and the aftermath. LICIACube is built to last six months and would be used to document the events before the European Space Agency (ESA) launches its Hera mission.

ESA will launch the Hera mission in 2024 to carry out close-up investigations about how severe the impact was. This mission also includes a spacecraft that will release two smaller satellites that will get close to a destroyed Dimorphos and gather data crucial for the mission.