NASA's schedule comprising the launch opportunities will begin on July 26 and extends till December 23, 2022. Read to know about the four major barriers. 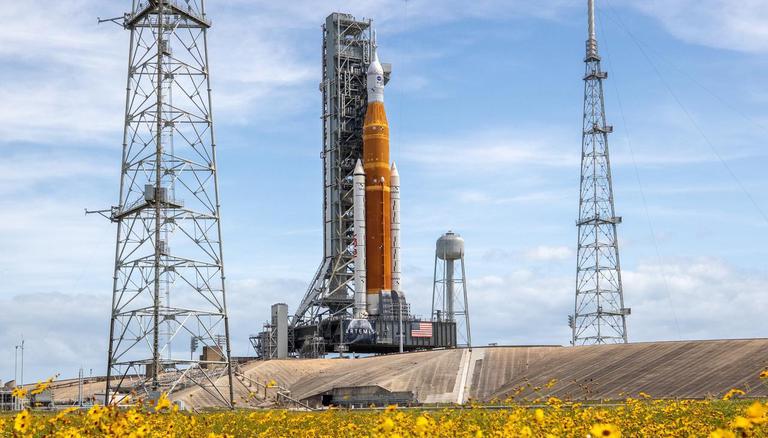 
The Artemis program that would take humans back to the moon will get a kickstart with the launch of Artemis I later this year. NASA will conduct the launch from the Kennedy Space Center in Florida using its Space Launch System (SLS) mega-rocket in its debut liftoff. Currently under development, the rocket will get a total of 73 launch opportunities if the agency plans to launch it this year.

NASA, on Monday, released the full schedule for the Artemis I mission and the potential launch opportunities that the agency could use for blasting the rocket to the moon. According to NASA's schedule, the first launch window begins on July 26 and extends till December 23, 2022. Let us take a look at the potential launch opportunities marked by NASA.

What are the four primary parameters that determine when #Artemis I can launch?

Although the number of launch windows looks sufficient for a single launch, NASA has highlighted some major parameters that dictate the launch opportunities within the aforementioned period. To understand these parameters, we first have to note that the uncrewed Orion spacecraft, ready to launch during Artemis I, will be sent into a special path called the Distant Retrograde Orbit (DRO). This orbit is said to be stable due to the balance created by the gravitational forces of the Earth and the moon and also allows a spacecraft to cruise with less fuel expense. Tap here to read more about this orbit and Orion's mission profile.

Hey #NASASLS, those spring flowers look good on you! 💐

Now, NASA is looking for the perfect day taking into account the moon's position during its lunar cycle so that the Orion capsule can be easily inserted into the DRO. The SLS rocket's upper stage is required to execute a big move called a trans-lunar injection, or TLI, wherein the capsule will be sent 3,86,242 kilometres from Earth and further 64,373 kilometres beyond the moon.

READ | NASA to re-attempt its moon rocket testing in June; Artemis I launch possibly in August

Another major parameter is taking into account the trajectory of the Orion spacecraft when it is pushed out into space. The trajectory needs to be such that the spacecraft does not remain in darkness for more than 90 minutes. Orion needs sunlight to power its solar panels to generate electricity and maintain an optimal temperature range. The launch date allowing for a skip-entry maneuver is another important parameter.

This maneuver is a re-entry technique wherein a spacecraft dips into the upper part of Earth’s atmosphere and use that atmosphere, along with the lift of the capsule, to simultaneously slow down and skip back out of the atmosphere, then reenter for final descent and splashdown. NASA says that "the technique allows engineers to pinpoint Orion’s splashdown location and on future missions will help lower the aerodynamic breaking loads astronauts". The fourth and final parameter is that the launch date must offer daylight conditions during Orion’s splashdown when the recovery personnel locate, secure, and retrieve the spacecraft from the Pacific Ocean.

READ | NASA's Orion capsule will travel where no spacecraft ever has under Artemis I; know more
Tags: NASA, Artemis I, Moon
First Published: 17th May, 2022 16:05 IST

WE RECOMMEND
NASA's Orion capsule will travel where no spacecraft ever has under Artemis I; know more
NASA's Lucy spacecraft to observe total lunar eclipse on May 16 from deep space
NASA's SWOT mission will determine ocean's role in climate change to answer THIS question
NASA detects ‘Heat Islands’ in extreme Indian heatwave as Delhi records 49 degrees
NASA welcomes Colombia to Artemis Accords; 'path to Moon enhanced with int'l partnerships'