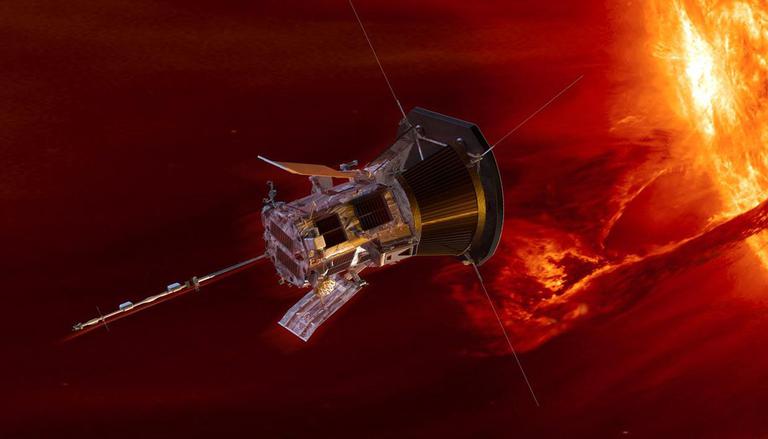 
In a historic feat, NASA’s Parker Solar Probe has successfully entered the corona of the Sun. The American Aeronautics and Space Administration agency on Tuesday, December 14, informed that the spacecraft has now done what was once thought impossible, by entering the atmosphere of the sun. According to the agency, the NASA spacecraft successfully entered the corona of the Sun, an extreme environment that's roughly 2 million degrees Fahrenheit, on April 28.

NASA, in a press release have now confirmed that the Parker Solar Probe successfully entered the corona of the sun. It also informed that the results of the same have been published in Physical Review Letters and accepted for publication in the Astrophysical Journal. According to NASA, the historic moment was achieved thanks to a large collaboration of scientists and engineers, including members of the Center for Astrophysics, Harvard & Smithsonian (CfA) who built and monitor a key instrument on board the probe: the Solar Probe Cup. The cup collects particles from the Sun's atmosphere that helped scientists verify that the spacecraft had indeed crossed into the corona.

☀️ Our #ParkerSolarProbe has touched the Sun!

For the first time in history, a spacecraft has flown through the Sun's atmosphere, the corona. Here's what it means: https://t.co/JOPdn7GTcv

The aerospace agency added that the new milestone marks ‘one major step for Parker Solar Probe and one giant leap for solar science’. It also claimed that the step matches the Moon landing as this allows scientists to understand more about the Sun and what it is made of. "Parker Solar Probe ‘touching the Sun’ is a monumental moment for solar science and a truly remarkable feat," said Thomas Zurbuchen, the associate administrator for the Science Mission Directorate at NASA Headquarters in Washington. "Not only does this milestone provide us with deeper insights into our Sun's evolution and it's impacts on our solar system, but everything we learn about our own star also teaches us more about stars in the rest of the universe,” he added.

The corona is the outermost layer of the Sun's atmosphere which hosts strong magnetic fields bind plasma. According to NASA, the probe passed into and out of the corona several times during the flyby. The very movement of the spacecraft proved that the Alfvén critical surface isn’t shaped like a smooth ball, rather, it has spikes and valleys that wrinkle the surface. The scientists are now working to discover where these protrusions line up with solar activity coming from the surface in order to understand how the Sun affects the atmosphere and solar wind.

According to NASA, the probe entered the corona three times on April 28, and even stayed for up to five hours at one point. NASA had constructed the device with materials that have high melting points, like tungsten, niobium, molybdenum and sapphire in order to avoid degradation while entering the solar atmosphere. The Parker Solar Probe’s successful path represents is veing considered as a scientific leap by many as it will now unravel mysteries about Earth's closest star.The Probe will continue to orbit the Sun and take measurements and data for the scientists to better understand the solar atmosphere.