NASA's JPL revealed that Ingenuity was airborne for 66.6 seconds and covered a distance of 179 metres and travelled at a speed of 5.5 metres per second. 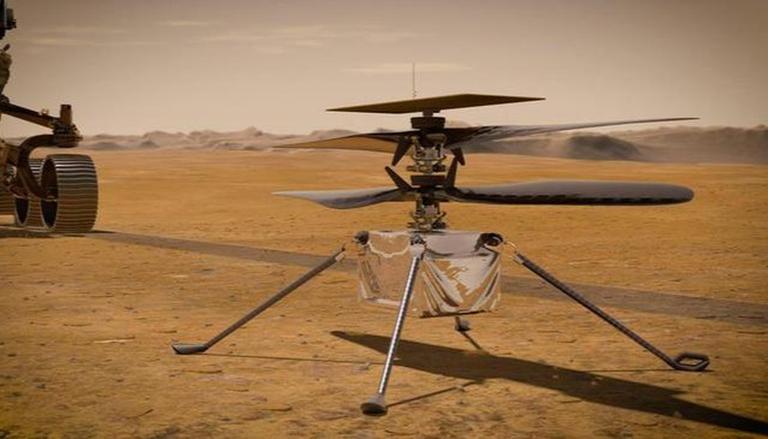 
NASA's Ingenuity helicopter soared for the 29th time on Mars amid an unfolding winter and a non-functional navigation sensor. In its latest flight, Ingenuity was airborne for 66.6 seconds and covered a distance of 179 metres and travelled at a speed of 5.5 metres per second. However, the Ingenuity mission team revealed that the conditions at the Jezero crater have turned extremely challenging for the helicopter and the dipping temperature is also taking a toll on its instruments.

The #MarsHelicopter successfully completed Flight 29 over the weekend, its first since the start of winter operations at the end of April. On this 66.6-second flight, Ingenuity traveled at 5.5 m/s for 179 m.

How the team has adapted to recent challenges: https://t.co/N8RLXGF99B pic.twitter.com/A2wAFELEIZ

According to the handlers of Ingenuity, the helicopter took off with a dead navigation sensor which suffered a malfunction about a week ago. Ingenuity was originally built for just five flights and that too during the summer season on Mars, however, the helicopter has functioned far beyond NASA's expectation and has survived till the winter. Currently, temperatures at the Jezero crater are dropping up to minus 80 degrees Celsius due to which the JPL team is shutting down the helicopter during the night.

However, this repeated process is posing a risk to Ingenuity’s electronic components, many of which are not designed to survive the temperatures they are being exposed to at night. In addition to this, extreme temperature cycles between Martian daytime and nighttime are putting extra stress on Ingenuity's components.

"Over the past several sols (Martian solar days) on Mars, the Ingenuity team has been busy recommissioning the helicopter for flight, going through a series of activities that include preflight checkout of sensors and actuators and a high-speed spin of the rotor," the mission team said in a report. "These activities have revealed that one of the helicopter’s navigation sensors, called the inclinometer, has stopped functioning." What's relieving to the engineers, however, is the fact that a nonworking navigation sensor is definitely not the end of Ingenuity's future flights.

Ingenuity, which arrived on Mars in February last year, has acted as a scout for the Perseverance rover which is hunting signs of life on the red planet. Recently, the helicopter created a record as it undertook the fastest and the farthest flight ever. Read more about it here.