Vikram Sarabhai was born on August 12, 1919 and is considered the founding father of the Indian Space Research Organisation (ISRO). 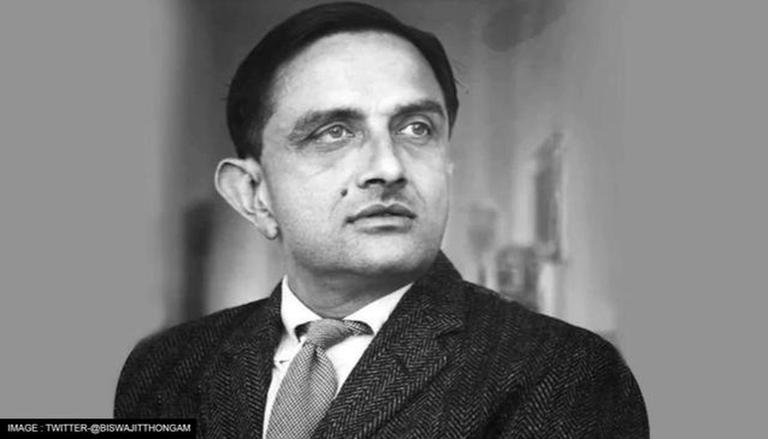 
August 12 marks the birth anniversary of Dr. Vikram Sarabhai, who dreamt about India being a prominent player in the Space sector and made significant contributions in bringing the dream to life. Among many decorated scientists, Sarabhai was one who was visionary enough to identify the role and importance of Space technology in India's development. On his 103rd birth anniversary this year, let us take a brief look at Sarabhai's life story and his role in the nation's development.

Named Vikram Ambala Sarabhai, he was born to Ambala Sarabhai who was a textile industrialist, and Sarala Devi who was a housewife, in 1919 in Gujarat's Ahmedabad. Nobel prize-winning poet Rabindranath Tagore met Dr. Sarabhai, who was born with a large head and big ears, when the latter was seven and predicted that the boy would become a celebrity by observing the shape of his head and other features.

After his birth, Dr. Sarabhai underwent Montessori education at his bungalow 'The Retreat' where his father had established a full-fledged workshop and physics and chemistry labs. It was during this time that Dr. Sarabhai developed a steam engine with the help of a carpenter.

In 1937, Dr. Sarabhai and his brother Gautam moved to London for further studies and joined St. Johns college at Cambridge University, although he was forced to return to India during the second World War. After his return, he joined the Indian Institute of Science (IISc), Bengaluru and completed his research in cosmic rays under physicist Sir Chandrasekhara Venkata Raman.

In 1945, Dr. Sarabhai again went to Cambridge and wrote a thesis, 'Cosmic Ray Investigations in Tropical Latitudes' as part of his doctorate degree which he published in 1947. Before heading back to London, Dr. Sarabhai got married in 1942 to Mrinalini, who was a classical dancer. The couple had two children, a daughter named Mallika and son named Kartikeya.

In 1962, the Government of India set up the Indian National Committee for Space Research (INCOSPAR) to fulfill the country's space ambitions. With Dr. Sarabhai at its helm, INCOSPAR later set up the Thumba Equatorial Rocket Launching Station (TERLS) in Thiruvananthapuram for upper atmospheric research. It was this INSCOPAR, which was superseded by the Indian Space Research Organisation (ISRO) formed in 1969.

Dr. Sarabhai is accredited with giving ISRO the proper direction to function as an agent of development. Notably, the INSCOPAR was formed on Dr. Sarabhai's recommendation who was inspired after Russia, then USSR, launched the world's first satellite Sputnik in 1957.

Among his other various contributions is helping Dr. Homi J. Bhabha set up India's first rocket-launching station in Thiruvananthapuram's St Mary Magdalene Church. He also kickstarted the satellite mission through which ISRO launched the Aryabhatta satellite. This satellite, however, was launched on April 19, 1975, four years after Dr. Sarabhai's death in 1971. Besides, the establishment of the Indian Institute of Management, Ahmedabad is also one of his major contributions.

Needless to say that his death in 1971 at the age of 52 was a huge loss for the nation, however, his legacy has been preserved in form of many tributes. In 1973, a crater on the Moon was named after him by the International Astronomical Union in Sydney and his birthday is celebrated as Space Science Day.

Besides, ISRO, during its Chandrayaan-2 mission which launched in July 2019, named the Vikram lander after Dr. Sarabhai and the Vikram Sarabhai Space Centre (VSSC) in Thiruvananthapuram is also a tribute to him. Thanks to his innumerable efforts, he was awarded the Padma Vibhushan, India's second highest civilian award, in 1972.