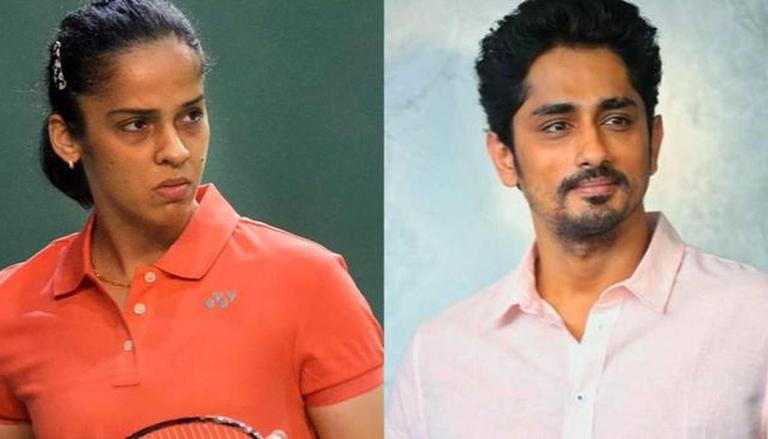 
Rang De Basanti actor Siddharth Anand landed into controversy on Monday after making a crude and sexually insulting comment online against star badminton player Saina Nehwal after she denounced PM Modi's security failure at Ferozepur on January 5. Nehwal tweeted that the security of a country's Prime Minister is jeopardised, and no country can claim to be safe and she condemns the barbaric attack on PM Modi. Siddharth, on the other hand, replied to Saina's tweet and said, "Subtle c**k champion of the world... Thank God we have protectors of India Shame on you #Rihanna."

However now, the actor has now apologised to the badminton player writing a letter to her stating, "Dear Saina, I want to apologise to you for the rude joke that I wrote as a response to a tweet of yours, a few days ago. I may disagree with you on many things but even my disappointment or anger when I read your tweet, cannot justify my tone and words. I know I have more grace in me than that. Sorry about a joke that didn't land."

Anand further wrote, "I, however, must insist my wordplay and humour had none of the malicious intent that so many people from all quarters have attributed to it. I am a staunch feminist ally and I assure you there was no gender implied in my tweet and certainly no intent to attack you as a woman. I hope we can put this behind us and that you will accept my letter. You will always be my Champion."

Siddharth Anand also took to Twitter to say that his remark targeting Saina Nehwal contained nothing disrespectful. However, netizens believe that the actor tried to disrespect the famous player by twisting the badminton term shuttlecock. Several Twitter accounts called the actor's message sexist, vulgar, and misogynistic expressing their outrage.

Rekha Sharma, who is the chairwoman of the National Commission for Women (NCW), also criticised the actor's remark and wrote to the Maharashtra DGP to request an FIR against the actor. Siddharth's obscene statement about Saina Nehwal on social media prompted the Commission to seek swift and severe punishment.