Jayson Tatum girlfriend: According to reports, while nothing is confirmed, Celtics star Jayson Tatum is apparently dating singer Ella Mai since last October. 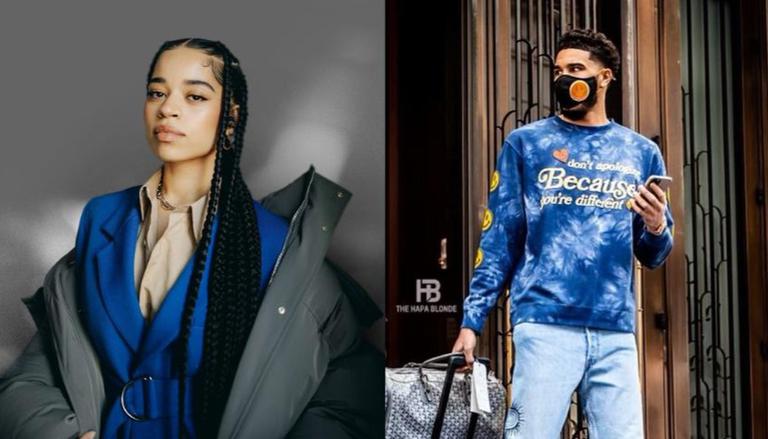 Jayson Tatum is currently one of the Boston Celtics' key players and will play their upcoming play-in tournament against the Washington Wizards. Tatum has made his comeback after recovering from COVID-19 this season, even opening up about how much he has endured even after testing negative.

According to recent reports, Tatum is currently dating singer Ella Mai. While the couple is known to keep a low profile, a March report spoke about them going strong. They were first linked together last year when Ella Mai was seen at Tatum's house in October. Ella apparently also went live while at Tatum's place and has also liked and commented on posts by the NBA icon.

Ella Mai began her career at  London's British and Irish Modern Music Institute in 2014, where she auditioned with a trio in X-Factor (Season 11). Later, she was signed by 10 Summers Records, owned by American record producer Mustard after she uploaded solo tracks on SoundCloud. Her last single, Not Another Love Song, was released in 2020.

READ | NBA Playoffs: Did Clippers intentionally lose to avoid Lakers in the postseason?

Tatum will be facing Bradley Beal, who is a good friend of his and has been leading the Wizards all season along with Russell Westbrook. "We’re very competitive. That’s my brother at the end of the day. We love each other when we step off the floor. When step in between the lines, he plays for Boston and I play for Washington. We’re still brothers, but we compete," Beal said, adding that they both want to win at the end of the day.

Jayson Tatum and Bradley Beal facing off in the play-in game...

This is going to be good 🍿 pic.twitter.com/kaNJq0odIx

The Boston Celtics, placed seventh in the Eastern Conference, will have to battle it out with the Washington Wizards on Tuesday (Wednesday IST) to secure their playoff spot. However, if they lose, they will have another game to make the playoffs. While the Celtics have a good track record vs the Wizards in the postseason, the Wizards have been dominating the regular season's second half, making their way up to the eighth seed.