Lakers star LeBron James lashes out at critics who labelled him and Carmelo Anthony as 'washed out' after the latter's recent match-winning performance.

LeBron James and Carmelo Anthony have enjoyed somewhat of a resurrection season this year after both had forgettable outings in the league last year. While James has been the focal point in the Lakers attack, Anthony has starred for the Portland Trail Blazers in recent months. Melo was crucial for the Trail Blazers in the recent win against NBA champions Toronto Raptors. Find out what close friend LeBron James had to say to critics post that match.

Don't sleep on The King.

LeBron James overtakes Luka and Giannis as the No. 1 vote-getter in latest NBA All-Star ballot. pic.twitter.com/NO33Hr92yZ 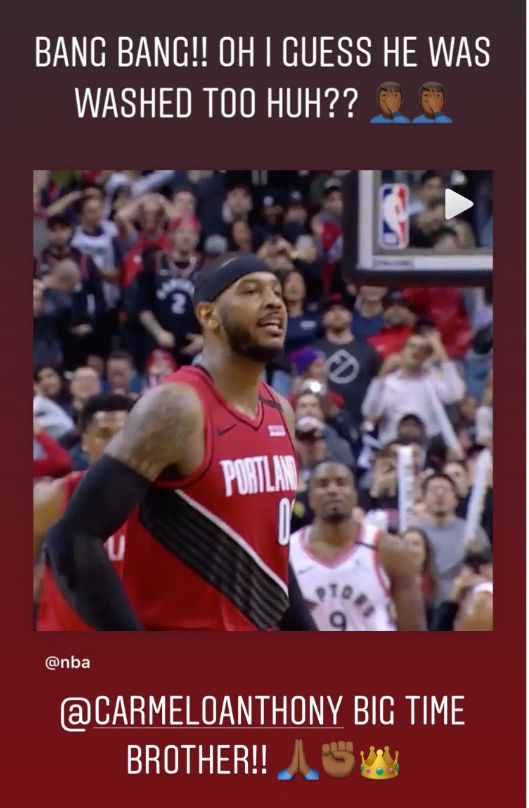 LeBron James took to Instagram as he heaped praise on his close friend, Carmelo Anthony, with an interesting message for NBA critics. The Lakers star took a sarcastic dig at all the people who doubted Anthony and him last season. Since joining Portland, Carmelo Anthony has played in 23 games and is averaging 16.5 points, 6.5 rebounds, 1.3 assists and 1.1 steals per game. In the win against the Raptors, Melo scored 28 points, grabbed 7 rebounds and collected 2 steals on the night.