NBA Playoffs: Did Clippers Intentionally Lose To Avoid Lakers In The Postseason?

NBA Playoffs: While the Los Angeles Clippers have secured their playoff spot in the West, people are accusing them of tanking their games to avoid the Lakers. 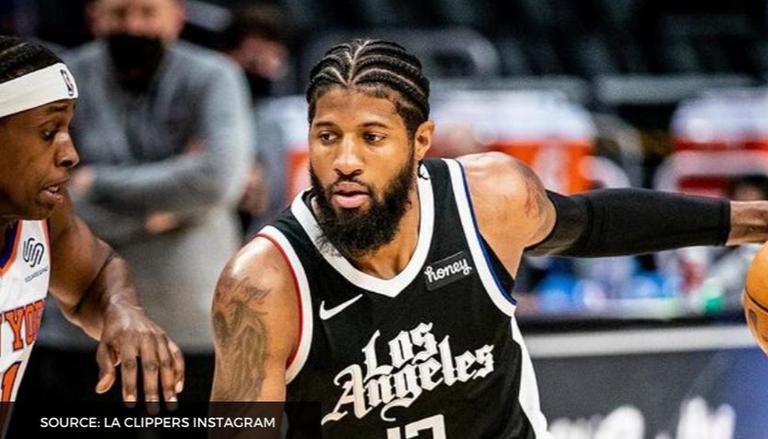 The Los Angeles Clippers have made it to the 2021 NBA playoffs as the No. 4 seed in the Western Conference. The team has played to get better this season, looking to redeem themselves after their loss against the Denver Nuggets last season. Some people, however, are convinced that the Clippers have lost on purpose to avoid the Los Angeles Lakers. Here is more on the latest Clippers playoffs theory -

Clippers playoffs: Did the team lose to avoid the Lakers?

As the NBA regular season wrapped up, the Clippers confirmed their No. 4 seed in the West. While it is to-be-determined who will play the top two seeds, the Clippers will for sure face the Dallas Mavericks. However, fans and others seem to believe the Clippers tanked themselves at the end to avoid the Lakers in Round 1. The Clippers lost the last two games vs the OKC Thunder and Houston Rockets, which has caused fans to believe that they purposely tanked their final two games of the 2020-21 regular season.

When Clippers fans call into the show saying they weren’t ducking the Lakers pic.twitter.com/YmBbs6AiP0

What the Clippers did last night to avoid the Lakers is straight disgusting.

What is the current tentative NBA playoffs bracket

As of now, the league is yet to finalize the playoffs schedule. Some games depend on the play-in tournament results, which will be finalized only after the results. Meanwhile, the NBA play-in tournament will begin from Tuesday (Wednesday IST).

Before Anthony Davis and LeBron James were sidelined for weeks, the LA Lakers were placed second in the West. However, by the time the regular season ended, the defending champions were seventh, headed to the play-in tournament to face the Golden State Warriors. Even if the Lakers lose vs the Warriors, they will have one more chance to clinch a playoff spot.

WE RECOMMEND
Chris Paul gets MVP shouts after guiding Suns to first NBA playoffs berth since 2010
NBA playoffs picture after May 9 results: Lakers, LeBron to face Curry and the Warriors?
NBA playoffs 2021: Teams that have qualified for playoffs and those in play-in tournament
NBA Playoffs 2021: All you need to know ahead of regular season run-in
NBA playoffs bracket 2021: NBA standings and playoff picture