Ben Simmons was working with Philadelphia 76ers team doctors to treat a back ailment but was unwilling to discuss his mental readiness. 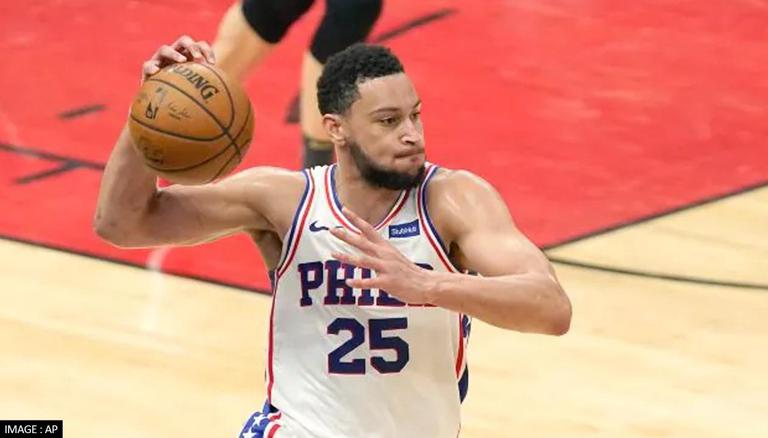 
Ben Simmons standoff with his team Philadelphia 76ers is bringing in new twists and turns every passing day. The player had refused to accept assistance from the franchisee to address his mental readiness to play which has caused headaches for the franchise. However, in the latest development, the player finally decided to give up to the demand of the Philadelphia 76ers asking him to meet a team-recommended medical specialist by paying a visit.

Earlier ESPN citing the sources had reported that  Ben Simmons was working with team doctors to treat a back ailment, but was unwilling to discuss his mental readiness. The source further said that Simmons has worked with mental health professionals via the National Basketball Players Association (NBA) since the summer but is yet to provide details of those meetings to the team.  However, in the latest development, Ben Simmons decision to meet the Philadelphia 76ers team-recommended medical could be a change of direction for the player and the Philadelphia 76ers will be hoping for Ben Simmons to return to play.

Before Ben Simmons mental health issue came out, the player found himself being fined by the Philadelphia 76ers nearly $2 million for missing games, practices and meetings earlier this season. However, sources said the team stopped fining him once he told them about his mental health condition.

READ | Is Boston Celtics likely to trade Jaylen Brown for Ben Simmons? All you need to know

According to Shams Charania of The Athletic, the Philadelphia 76ers are demanding Jaylen Brown as a part of the Ben Simmons deal. However, the report states that the only way for Boston Celtics to land Simmons without giving up Jaylen Brown is through three team frameworks with Marcus Smart and Robert Williams III and picks for another All-Star to reroute to Philadelphia. Currently Jaylen Brown is nursing a hamstring injury which could see him miss a couple of weeks.