Champion At 19, Ashwini Ponnappa Ready For Another Splash At CWG 2022

Gearing up for her fourth Commonwealth Games, India's doubles exponent Ashwini Ponnappa is now a different player from the 19-year-old who claimed a historic women's doubles gold on debut 12 years ago. 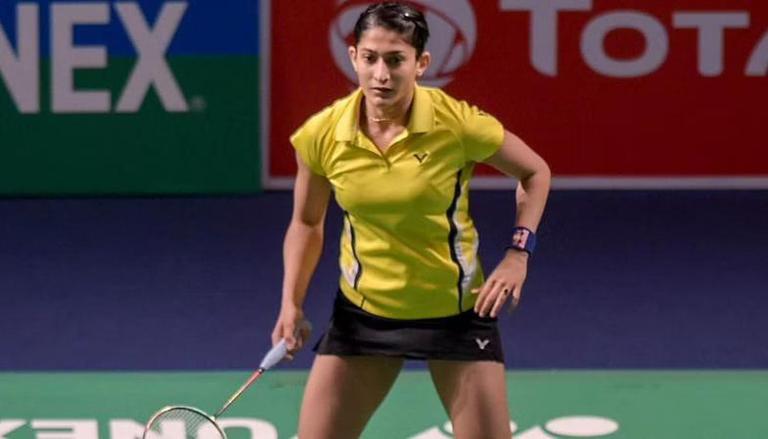 
Gearing up for her fourth Commonwealth Games, India's doubles exponent Ashwini Ponnappa is now a different player from the 19-year-old who claimed a historic women's doubles gold on debut 12 years ago.

What still remains though are her thunderous smashes that continue to find their mark, her ability to read the serves and returns of her opponents, and her hunger to win.

And now, after five CWG medals, including two gold, a World championships bronze and two Olympic appearances, the 32-year-old from Coorg is ready to make another splash at the Birmingham Games, starting July 28.

"There have been lots of ups and downs in these years. I have changed a lot in 10 years, improved by leaps and bounds, have tons of experience behind me now and it does feel great to make it to the Commonwealth Games team again," she told PTI during an interview.

"I mean, looking back in 2010, it all started there and it was kind of very new for me. Winning the gold was a great moment. I really would like to relive that moment." It was with Jwala Gutta that Ashwini earned India's first women's doubles gold medal at the Delhi Commonwealth Games, where the team also claimed silver. Four years later, the duo bagged an individual silver.

However, the last edition at Gold Coast is something that holds a special place in her heart, as she played a pivotal role in taking India to its maiden mixed team gold.

"In 2018, I and Sikki won a bronze but it was the first time we won the team gold which was a superb feeling. This time the challenge is different. I am playing mixed doubles, and not women's doubles, but I am up for it." In the last three editions, Ashwini went on to win the medal in women's doubles, but this time she couldn't qualify after losing the finals in the selection trials, following an injury to her women's partner N Sikki Reddy.

"There was a mixed feeling, it was our 16th match and it does take a toll on the mind and body. It so happened that Sikki had an abdominal tear ahead of the finals. So there were lots of factors that we couldn't play our best. So yeah, it was disappointing.

"But again I am happy that I and Sumeeth won all the matches. We were playing three matches a day. It is not easy to stay motivated for every match as we have been playing so many of them. I was lucky I got out of trials without injury." So how optimistic is she about winning a medal in mixed doubles? "It is going to be tough. All the teams have a lot of good mixed doubles pairs. So it will be challenging but also advantageous because they don't know how I and Sumeeth play. We started a few months back.

"So with the experience that we bring, it can have the right attitude and if we execute our game plan well, it could be lethal." Ashwini had played an influential role in India winning their maiden mixed team gold medal at the 2018 Gold Coast Games along with Satwiksairaj Rankireddy.

However, with Satwik forming a formidable world number 8 paring with Chirag Shetty, it was difficult to focus on two events and so they decided to part ways.

"I and Satwik had a really good run but then he wanted to focus on men's doubles and won't be able to play all events and it is understandable. So I needed someone who can play all events. So I and Sumeeth started pairing up.

"We had played around five events in 2017 as well but the coaches wanted me to pair up with Satwik and we did have a great run. Sumeeth is also someone who is a fighter. He is not someone who would go out there scared.

"But it is a different event, it comes every four years, so I will stress on enjoying ourselves and not getting pressurised." She was asked if India are favourites to retain the mixed team gold.

"We have a strong team with Srikanth, Lakshya, Sindhu and Satwik-Chirag all in good mental space," said Ashwini, who is currently training with Indonesian coach Kristiawan Dwi in Hyderabad.

"In a team event, anything can happen. In 2018, we beat the Olympic silver medallists, while Srikanth beat Lee Chong Wei, so it is important not to take it easy, just make sure we are on track.

"A team event is different than the regular world tour events that we travel together because all are focused on individual performances. But in a team event, it is about doing a lot of things together, not having hard feelings if someone has to sit on the bench." At 32, one might imagine that the 2022 CWG could be her last but Ashwini is not thinking too far ahead.

"I am not looking far ahead. I am taking small steps. I still hope to achieve and want something good to come my way. I know it is going to be harder and harder, but right now, I am just focussing on Birmingham," she signed off.