Ever since Manchester United sacked Ole Gunnar Solskjaer on November 21, speculations have arisen over who could potentially replace him at Old Trafford. 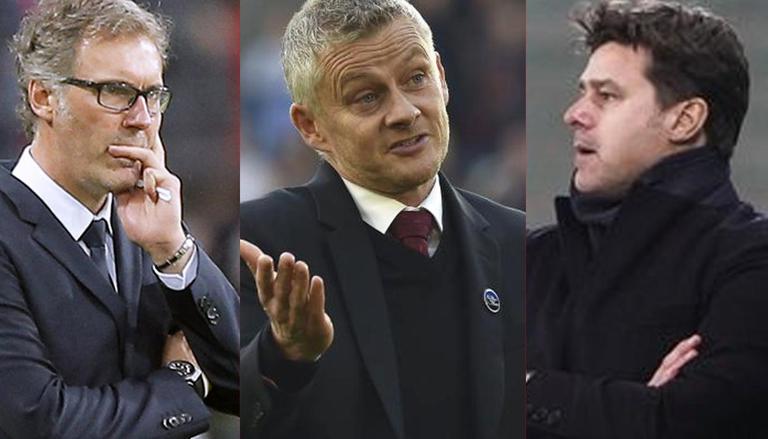 
Ever since Manchester United announced the sacking of Ole Gunnar Solskjaer on November 21, speculations have arisen over who could potentially replace him at Old Trafford.

The Norwegian's departure did not come as a surprise as the Red Devils have suffered four defeats in their last seven games in all competitions, including a 5-0 thumping at the hands of arch-rivals Liverpool at home. Here is a look at five potential managers who have been linked with the vacancy and could replace Solskjaer at Manchester United.

According to the Mirror, current PSG coach Mauricio Pochettino is the favourite to succeed Ole Gunnar Solskjaer at Manchester United. Legendary Red Devils boss Sir Alex Ferguson has reportedly been a long-time admirer of the Argentine coach and has also previously attempted to lure him to Old Trafford.

The report also adds that Pochettino has told his close friends that he is 'desperate' to return to the Premier League'. The 49-year old previously managed Tottenham when he famously took them to the UEFA Champions League final in 2019, only to lose to eventual champions, Liverpool.

Another manager who is reportedly on the top of Manchester United's wishlist is former Real Madrid coach Zinedine Zidane. According to the UK Times, the Glazers have told officials to increase their offer in order to sign the Frenchman. It is believed that the 49-year-old's experience of managing a group of stars such as Cristiano Ronaldo, Sergio Ramos and Karim Benzema could prove invaluable in helping the Old Trafford outfit get back on track.

Another manager on the top of most clubs' wishlist is current Ajax coach Erik ten Hag. According to CBS Sports, Manchester United are closely tracking the performance of the Dutchman in the Eredivisie and the UEFA Champions League. With four wins in four matches, Ajax have already confirmed their place in the knockout stages of the UCL.

Former Manchester United player Ji Sung Park has tipped club legend Wayne Rooney to take over the reins at the club following Ole Gunnar Solskjaer's exit. While speaking to Goal, Park said, "I believe Wayne can make it. He had great experiences from a very young age, and he also had many difficult moments in his career that he overcame eventually. For sure, he has great leadership skills as well. So, I believe he can be United’s manager in the future."

The 36-year old Englishman is currently managing Derby County in the EFL Championship.

Despite currently not managing a club in Europe's top leagues, former Manchester United player Laurent Blanc could be considered as an option to replace outgoing coach Ole Gunnar Solskjaer. According to the Independent, it is believed that the Frenchman has good relationship with the Red Devils hierarchy, which could help him land the job.

With the experience of coaching PSG in the past and guiding them to three consecutive Ligue 1 titles from 2013-14 to 2015-16, he could be a decent option for the 13-time Premier League champions.