In their second season as the official kit manufacturers for Boca Juniors, Adidas has come up with a new kit design as a tribute to the great Diego Maradona. 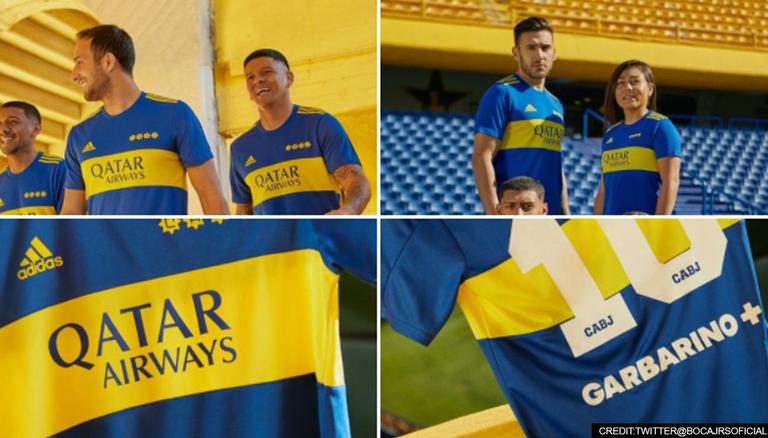 
After taking over from Nike as the official kit manufacturer for the Club Atletico Boca Juniors, Adidas has come up with one of the most legendary looks ever, once sported by the great Diego Armando Maradona during the 1980s. The new jersey replaces the usual club logo with four stars, each depicting a letter of the Club Atletico Boca Juniors i.e., CABJ. The new jersey by Adidas is an iconic rework of one of their most famous kits.

Team's iconic kit was donned by the GOAT — Diego Maradona

The iconic design was the club’s identity, remembered for being used in the 1981 jersey. This year, the club won its first title of the decade, The Metropolitano Championship. The 1981 side also featured Miguel Brindisi, Oscar Ruggeri, and the Greatest Of All Time- Maradona himself. The jersey features the club’s classic yellow and blue colours, incorporated into their traditional chest stripe design. Three stripes run down the shoulders with a crewneck collar.

Founded in 1905, Boca Juniors play in the Argentine Primera Division and have won 70 official titles to date. The club has won a total of 22 international titles. Some of the achievements of the club include the Tie Cup, Copa de Honor Cousenier, and Copa Escobar-Gerona. Their home stadium is Estadio Alberto J. Armando, also known as the La Bombonera. Boca Juniors also have their professional women’s football and basketball teams other than the men’s football team.

Diego Maradona, an Argentinian football legend, is regarded as one of the greatest players in the history of football. He was awarded the FIFA Player of the 20th Century Award in December 2000, sharing the prize with joint winner Brazil’s Pele. His club career included playing for the Argentinos Juniors, Boca Juniors, Barcelona, Napoli, Sevilla, and Newell’s Old Boys. Playing for Argentina, Maradona made appearances in four FIFA World Cups and won the 1986 FIFA World Cup, leading Argentina from the front in a victory over West Germany in the finals. He was awarded the Golden Ball after being the best player in the tournament. He also donned the role of Argentina’s coach during the 2010 FIFA World Cup held in South Africa. He became the coach of Primera Division Club Gimnasia de La Plata from September 2019 before his unfortunate death in November 2020.