The former Gunners boss Arsene Wenger said that he sees the 'potential' in Arsenal's current squad despite their faltering start to the Premier League season. 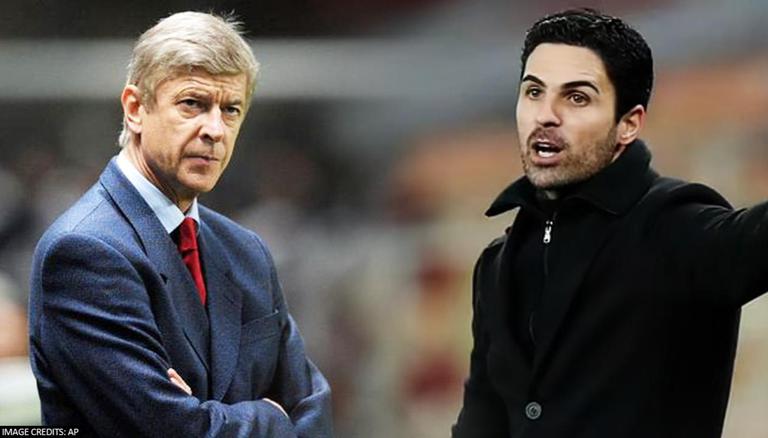 
Arsenal's former legendary manager Arsene Wenger would know a thing or two about potential, having kickstarted the careers of Thierry Henry, Cesc Fabregas, and Robin Van Persie to name a few. The former Gunners boss said that he sees the 'potential' in Arsenal's current squad despite their horrendous start to the Premier League season. Arsenal had lost all three of their PL matches without scoring a single goal and conceding nine.

Wenger was quoted by Goal.com, saying "First of all, honestly, I like to usually say what I think. I believe in this situation, I’m an Arsenal fan. After that, of course, when I talk about Arsenal, it’s a sensitive subject and at the moment the timing is maybe not the best to talk. I must say I find the squad full of quality. I’m not pessimistic because I feel they had two difficult games out of the first three – Chelsea on a high at home and of course after they go to Manchester City. Of course, you go to Man City and you can say it’s predictable that you could drop points. The bad result we made was in the first game against Brentford. After that, it puts you straight away on the back foot. I wish them to recover and I think they will. The potential is there so I hope they come back."

After the international break, Arsenal have managed to pick up their first set of points as they defeated Norwich City 1-0 and Arteta was extremely happy with his side's win as the Gunners finally get a move on with their Premier League season.

Arsenal had not scored a single goal in their three Premier League matches prior to Saturday but in the 66th minute, Pierre-Emerick Aubameyang was on hand to tap the ball in from close range after a well-worked attack saw two shots from Nicolas Pepe hit the post and one saved by Tim Krul. Arteta said that it has probably been the best 10-14 days he had ever had since he had been in football. He said that he got emotional seeing his team win.

Aubameyang also echoed his boss's relief in putting the horrible run behind them and said that he is happy to take the first three points of the season after a tough few weeks and it was even better as they did it in front of their fans at home. He also added that the start was really hard, they had 10 days to prepare themselves and to change things and that is what they did as they made sure they won the game and claimed all three points. Lastly, he said that they played well overall, had a lot of chances and they need to be more clinical in front of goal but everyone gave everything on the pitch.