AUS vs CHT Dream11 team and prediction: Get the preview, starting XI and top picks for the FIFA World Cup qualifiers clash between Australia and Chinese Taipei. 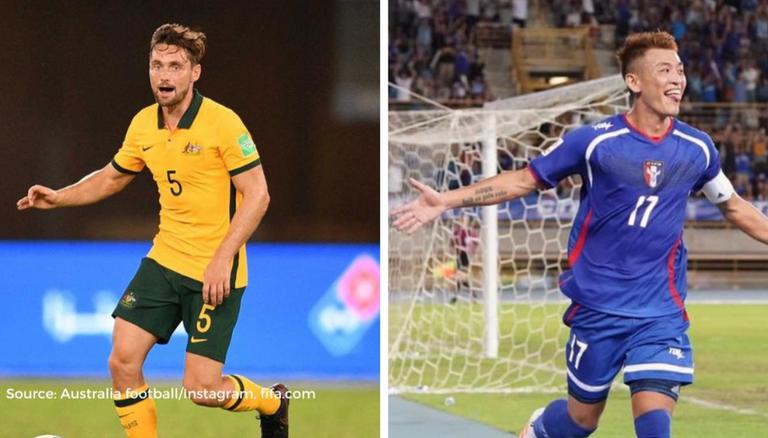 
Australia will next take on Chinese Taipei for their next 2022 FIFA World Cup qualifiers game at the Jaber Al-Ahmad International Stadium in Kuwait. The game is scheduled to kick off at 10:00 PM local time on Monday, June 7 (12:30 AM IST on Tuesday, June 8). Here is a look at the AUS vs CHT Dream11 prediction, top picks and our AUS vs CHT Dream11 team.

Australia arrive into this game on the back of excellent form as they have won all their group stage games (5W) so far. The Socceroos beat Kuwait 3-0 in their previous game and will know that a victory against Chinese Taipei will seal their place in the third round of World Cup qualifying. Matthew Leckie, Jackson Irvine and Ajdin Hrustic all scored in the previous game to ensure that Graham Arnold's side continued their winning run.

On the other hand, Chinese Taipei arrive into this game on the back of terrible form as they have failed to win any of their games so far (L6). Ranked 141 in the world, Vom Ca-nhum's men are one of the weakest sides in these qualifiers as they have conceded 27 goals, the most after six games barring only Cambodia (30). Chinese Taipei's 2-0 defeat in their previous game to Nepal means that they are mathematically eliminated from the World Cup qualifying race.

Considering the recent form of the two teams, our prediction is that Australia will come out on top in this contest.