Football fans around the globe have been left in awe as Timo Werner and Romelu Lukaku started for Chelsea against Manchester City on Saturday. 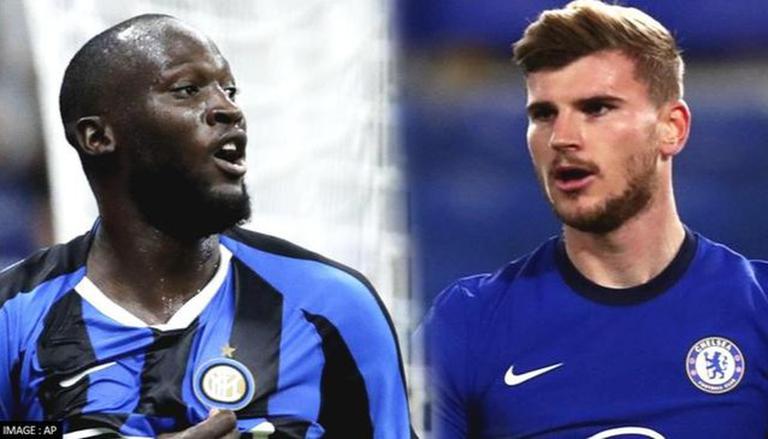 
Chelsea boss Thomas Tuchel decided to play star footballers Timo Werner and Romelu Lukaku together, as the club headed into the Premier League 2021 clash against Manchester City. Chelsea head into Stamford Bridge after defeating City three times at the end of last season and three points ahead of the defending champions. Manager Tuchel mixed up things for the game and decided to open with a 3-5-2 formation, instead of his usual 3-4-3.

• Romelu Lukaku has 8 G/A’s in his last 8 games for club and country.

• Timo Werner has 6 G/A’s in his last 6 games for club and country.

Time for this strike partnership to start together… ⚔️ pic.twitter.com/A0RxfYWiyI

Meanwhile, as Werner and Lukaku made their appearance together, Chelsea fans took the internet by storm and expressed their thoughts about the pair. Chelsea FC correspondent Adam Newson ahead of the start of the match tweeted that during the warm-up, words were exchanged between Lukaku and Werner. He further said that it is going to be interesting to see both players playing with each other in the match.

Quick embrace and few words exchanged between Romelu Lukaku and Timo Werner in the warm-up.

Going to be very interesting to see how they work alongside each other today.

A user labelled the line-up of Chelsea as a classic one, citing Lukaku and Werner.

Classic forward line - a big one and a little one

Another fan claimed that the match was going to be a high goal-scoring game.

Meanwhile, some users had tweeted on Friday, expecting the duo of Lukaku and Werner to play alongside each other. One of the users said that he can’t wait to see the pair together, wishing for them to make an appearance.

I can't wait!! Wish both of them start tomorrow match

Another user said that he believes Lukaku will score more goals while playing alongside Werner than any other player in Chelsea. He concluded the tweet by saying that Werner certainly has the skill of assisting the ball.

I believe Lukaku will score more goals alongside Werner than any other player. Say whatever you want about Werner but the guy is a good assister.

At the time of writing this article, the reigning Premier League Champions have already opened the scoresheet of the match, courtesy of Gabriel Jesus’ goal after halftime at 53 minutes. Meanwhile, Chelsea forwards Lukaku and Werner are yet to make an impact in the match. As the game heads into the final minutes, Chelsea will look for the equaliser and remain ahead of City in the Premier League 2021 points table. On the other hand, if City manage to defend their lead in the match, they will find themselves in third place in the table.