Cristiano Ronaldo clinched the Best Striker award for the 2020-21 Serie A season as he helped Juventus to a fourth-place finish in the Italian top flight. 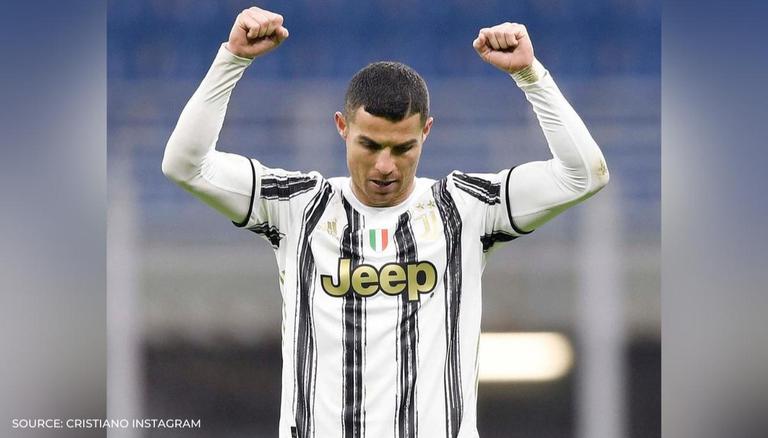 Five-time Ballon d'Or winner Cristiano Ronaldo has won the Serie A Best Striker award after a season in which he finished top scorer with 29 goals in 33 appearances for fourth-placed Juventus. The Portuguese striker beat the likes of Romelu Lukaku, who was second in the scoring standings with 24, and Zlatan Ibrahimovic, who found the net 15 times in the Italian top flight. However, despite Ronaldo's stunning season in Serie A, there have been rumours that the 36-year-old forward might leave Turin during the summer. Here is more on the winner of the Serie A awards and the Cristiano Ronaldo stats that made him the winner -

It came as no surprise considering the Portuguese star topped the goalscoring charts with an impressive 29 goals in only 33 matches, despite sitting out for Juventus' final fixture of the campaign. Inter Milan's Romelu Lukaku ranked second in the scorer's list with 24 goals from 36 outings, though the Belgium striker did provide 11 assists compared to Ronaldo's tally of three as he was named "the best overall" MVP. Both forwards managed to score only one goal from outside the area as well as six penalties apiece, but Lukaku had a better shot conversion rate than Ronaldo.

Ronaldo scored a total of 36 goals across all competitions for Juventus but the Old Lady had a rather disappointing campaign under former boss Andrea Pirlo. The Bianconeri stuttered to a fourth-place finish in Serie A, and were dumped out of the Champions League in the round of 16 by FC Porto.

However, Juventus did lift the Italian Cup, an achievement that saw Ronaldo become the first man to win all domestic trophies in England, Spain and Italy. Ronaldo will be keen to continue his fine run of form when he takes to the field for the European Championships with Portugal this summer, where he will be hoping he can help his side to defend the title they won in 2016. The Cristiano Ronaldo transfer rumours, which even someone like Virat Kohli is interesting in knowing, could well be put to rest.

Before winning the Serie A best striker 2021 award, Ronaldo has been heavily linked with a return to Man United, a club where he won three Premier League titles and one Champions League, during his six-year stay. However, on Monday, Ronaldo's partner Georgina Rodriguez gave a big update on his transfer and all fans of Juventus would be smiling from ear to ear.

Georgina was filming for her docuseries, walking the streets in her home city of Jaca, Spain, when a fan asked her about Ronaldo's future at Juventus. Although not many expected Rodriguez to respond to the fan, she swiftly turned around and said, "He's staying."

AC Milan goalkeeper Gianluigi Donnarumma was named Best Goalkeeper after recording 14 clean sheets during the course of the 2020-21 campaign. Atalanta's Cristian Romero picked up Best Defender, receiving praise for his one-on-one prowess, quick recoveries and anticipation. The Best Midfielder award went to Inter's Nicolo Barella with his passing and pressing catching the eye. Fiorentina’s Dusan Vlahovic was awarded the best Under-23 player award.