Cristiano Ronaldo has said he is 1000 percent sure about marrying his long-time girlfriend Georgina Rodríguez on Netflix's new release, 'I Am Georgina'. 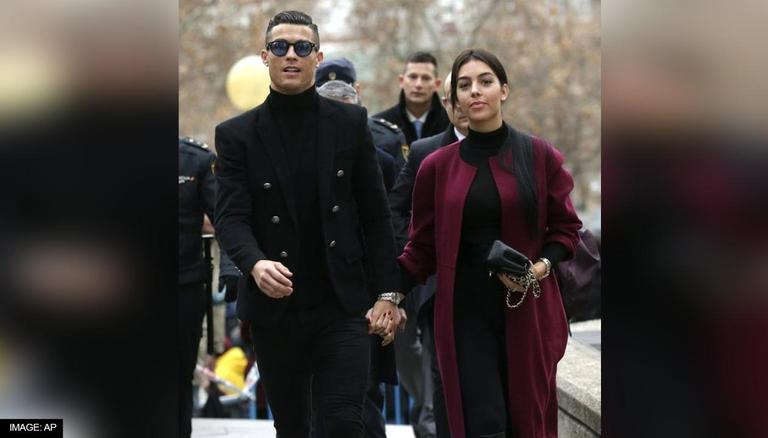 
Portuguese football star Cristiano Ronaldo has revealed his feelings about marrying his long-time girlfriend, Georgina Rodriguez amid rising speculations about their marriage taking place later this month. Ronaldo expressed his thoughts on the new Netflix series, ‘I Am Georgina’, which is based on the daily life of Rodriguez, who is a mother, influencer, and businesswoman, alongside being the partner of one of the greatest footballers of all time, Cristiano Ronaldo. As per a report by crowrivermedia.com, speaking on the Netflix series, Ronaldo revealed that he is 1000% certain about marrying his girlfriend.

"I always tell Georgina that when we get that click, like everything with our life and she knows what I’m talking about. It could be in a year, or it could be in six months or in a month. I’m 1000% sure it will happen,” said Ronaldo. 28-year-old Georgina is currently expecting twins, while the couple also has a four-year-old daughter named Alana. Ronaldo is also father to his firstborn Cristiano Jr., who is 11 years old, alongside four-year-old twins Eva and Mateo.

Georgina recently celebrated her 28th birthday on January 27 and the Manchester United footballer gifted his girlfriend the ultimate birthday present. Ronaldo spent thousands in order to light up Dubai’s skyline with clips from the new Netflix series. The couple and their children were in Dubai during the Premier League’s international break and he lit up the Burj Khalifa as a present for his partner.

The couple had been on a string of dates since 2016 and in her Netflix show, Georgina revealed that she briefly ended her relationship with the football icon in 2016, after her father suffered a stroke. Shedding more light on their relationship, Ronaldo said, “For a bit I was a little absent, well I was sad... and one day we ran into each other at another event and he asked me for dinner I thought, 'Finally, my chance has come. Five years ago, my life changed. Thanks to love, my life is now a dream. Nothing in life has come easy. I know what it is to have nothing and to have everything."