Lionel Messi and Cristiano Ronaldo are always trying to do better than the other and this time it's Ronaldo who got the better of Messi in 2 new UCL records. 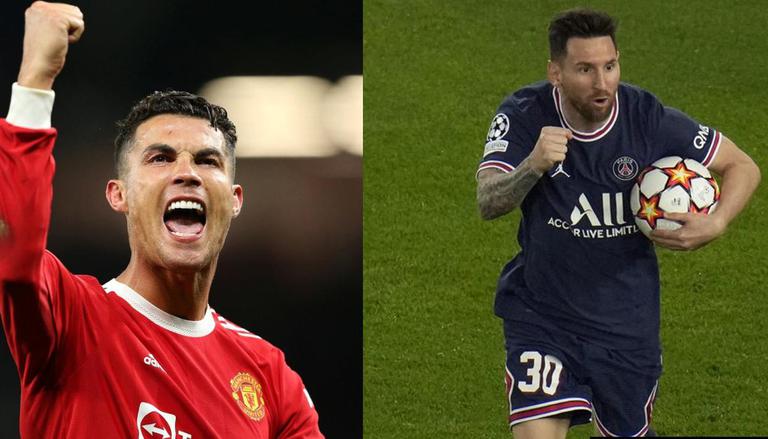 
Cristiano Ronaldo and Lionel Messi always seem to be headlining most football-related records, while they both try to outdo the other with each passing game. On Tuesday night, PSG was 2-1 down at home to RB Leipzig and Lionel Messi scored two goals to secure the win for the Parisians. A day after that, Manchester United pulled off an unlikely comeback against Atalanta after being down 2-0 at halftime to win their Champions League group stage match and Cristiano Ronaldo was on hand to score the winner.

In the 81st minute, Ronaldo made sure that the fans' support did not go unpaid as he rose to head home as the winner against Atalanta and send the United fans into euphoria as the team walked away with three points added to their Champions League group. It was actually Ronaldo's first goal against Atalanta in the Champions League meaning that he has now scored against 38 different teams in the UCL. The Portuguese superstar was earlier on par with Messi at 37, but now, he has moved ahead.

Ronaldo's latest win means he has now scored 42 match-winners in the UCL, that's the most by any player ever. Messi is on 39 after he himself scored the game-winner against RB Leipzig. There is no denying that these two players can truly decide the fate of their own team singlehandedly. Ronaldo's match against Atalanta was also his 187th appearance in a UEFA club competition (it includes Champions League, Champions League qualifying round, UEFA Cup, and UEFA Super Cup). He is one more appearance away from levelling with his former Real Madrid teammate and captain Iker Casillas.

There is truly no doubt that the standard set by Ronaldo and Messi is something that might not ever be matched as even at the age of 36 and 34, respectively, they are looking to better what the other does. Ronaldo is currently on 137 UCL goals making him the highest goal scorer in the history of the competition and Messi is not too far behind on 123, so it will be interesting to see how they fare over the next few years as they gradually approach the end of their careers.