Brazilian right-back Dani Alves has made a successful comeback to his former club FC Barcelona. The 26-time La Liga winners have posted it on social media 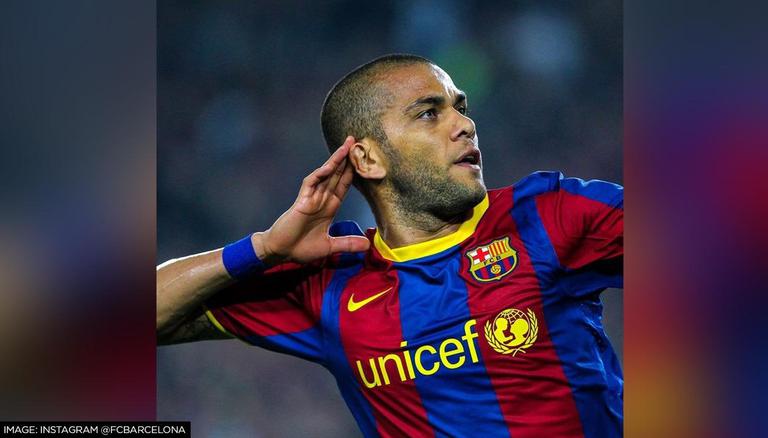 
Brazilian football icon Dani Alves has been roped in by FC Barcelona. In fact, this has been officially confirmed by the Spanish club on social media.

As Dani Alves returns back to his old club, this has also become Barcelona's first signing under the newly-appointed coach Xavi Hernandez. Alves had been a free agent since leaving Sao Paulo in September.

"FC Barcelona and Dani Alves have reached an agreement in principle for the player to join the football first team for the remainder of the current season. The Brazilian will be joining training from next week but will not be able to play until January", read FC Barcelona statement as quoted by ESPN.

"The club will announce the full details at his official presentation as a new FC Barcelona player", it added.

Dani Alves joined Barcelona back in 2008 and established himself as one of the best full-backs in the world, winning three Champions Leagues and six La Liga titles, but in 2016 a breakdown in the relationship between him and the hierarchy at Barcelona saw him join Juventus.

As Dani Alves would be looking forward to his second stint with the 26-time La Liga champions, he will also have the opportunity to make his 400th appearance at the club. At the time of leaving La Blaugrana, the right-back had made 391 appearances across all competitions.

Dani Alves is one of the most accomplished footballers as far as both his club and international careers are concerned. Prior to signing up with FC Barcelona for his first stint in 2008, Dani Alves was associated with the Andalusian side Sevilla with whom he won  UEFA Cups and the Copa del Rey. He won the treble in his first season with Barca and in the following season, went on to win the Supercopa de España, UEFA Super Cup, and the FIFA Club World Cup. Apart from that he also played an instrumental role in helping the club win h another two Supercopa de España, five La Liga titles, and two UEFA Champions League titles in the years that followed.

When he was drafted to the Italian club Juventus FC, Alves won the 2016–17 Serie A title and 2016–17 Coppa Italia which also happened to be his only season for the Serie A club. Juventus had also made it to the finals of that season's UEFA Champions League as well.

When it comes to his career with the Brazilian team, the star right-back has the 2007 and 2019 editions of Copa America and was also a member of the five-time world champions' FIFA Confederations Cup triumphs in the 2009 & 2013 editions.

WE RECOMMEND
As Xavi insists on Dani Alves, Barcelona is set to re-sign right-back: Reports
Cristiano Ronaldo at Barcelona? Former Club Presidential Candidate calls for surprise move
When and against whom will Xavi Hernandez make his debut as Barcelona coach?
Xavi Hernandez officially unveiled as Barcelona's manager | WATCH
Pep Guardiola leaves door open for Raheem Sterling's exit as Barcelona rumours intensify
Listen to the latest songs, only on JioSaavn.com