Dortmund’s Zorc has hit out at Bayern chief Salihamidzic for his criticism of Dortmund's decision to withdraw their captain Marco Reus from the German squad. 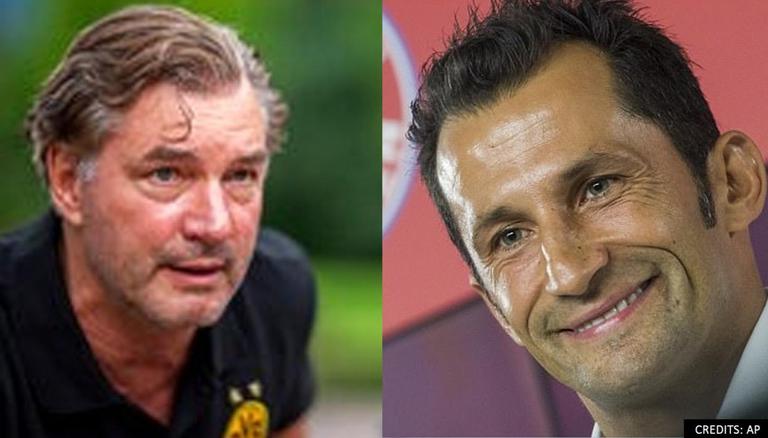 
Borussia Dortmund’s Sporting Director Michael Zorc has hit out at his Bayern Munich counterpart Hasan Salihamidzic for his criticism of Dortmund’s decision to withdraw their captain Marco Reus from international duty with Germany. Salihamidzic questioned the legitimacy of withdrawing Reus from the German squad before they went on to face Iceland in the World Cup Qualifiers but was fit to play 90 minutes a few days later against Bayer Leverkusen.

Salihamidzic told reporters at a press conference that he finds it surprising when Reus was taken away from the national team and then played a few days later. He said that his players stay and then play anyway while citing the example of Serge Gnabry, who played against Iceland but was brought of against RB Leipzig just after the first half and now in all likelihood will not face Barcelona in their Champions League match.

"That's not my thing, but I find it surprising when you drive away from the national team and then play again a few days later. Our players stay and then play anyway. It's not the first time either. If you're injured, ok, then you're out, but otherwise stay. Serge Gnabry stayed and he'll probably be out against Barcelona now,” said Salihamidzic as quoted by Goal.com.

Dortmund's Zorc was in no mood to hear such comments and responded aggressively asking his counterpart to “keep his mouth shut”.

"Salihamidzic should keep his mouth shut and comment on the issues of Bayern Munich. Who does he actually think he is?" Zorc told Kicker.

Bayern Munich have been known to go shopping for talent where they buy out players from their rivals. Bayern have won their ninth consecutive Bundesliga title last season are now eyeing their 10th. Their domestic dominance is unprecedented.

However, lately, they have come under fire for 'buying out the competition'. This season, Bayern have bought Dayot Upamecano and Marcel Sabitzer from title rivals RB Leipzig. However, Thomas Muller, who is one of the few players to have made it through the Bavarians' youth academy, has come to the defence of the club's transfer policy stating that no club has an obligation to sell and gave PSG buying Mbappe from Monaco as an example.

"No way," the Germany stalwart told Sport Bild when asked if the move to purchase the duo was an intentional strategy to reduce Leipzig's chances of challenging for the Bundesliga title. "No club has an obligation to sell. Look at PSG and Mbappe. Like every club, we're on the lookout for quality that fits into our budget. It's normal to look around for options in the same league. There have always been transfers that are hotly debated, and that's a good thing."