Following three promotions in a period of seven years, Eddie Howe was honoured with the Football League Manager of the Decade award n 2015. 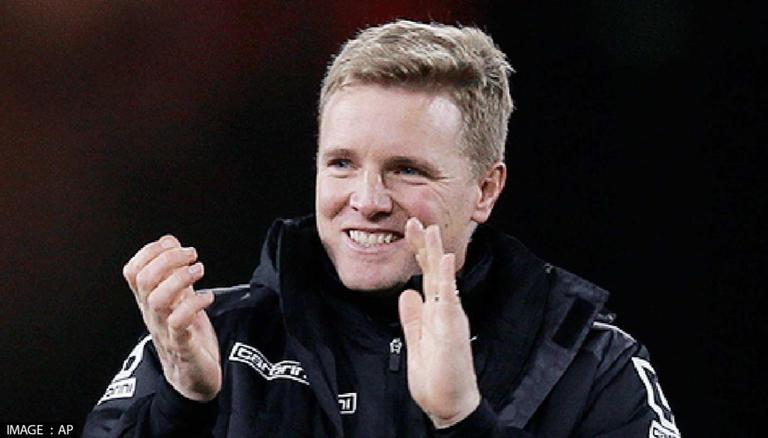 
Newcastle United on Tuesday appointed Eddie Howe as the new manager of the club after recently relieving Steve Bruce of his duties. The former Bournemouth manager Howe and current Villarreal manager Unai Emery were running in contention to land the coaching role, but with Emery deciding to stick to his current club, Howe was finally handed over the reins.

The 43-year-old Howe had left AFC Bournemouth last year, bringing an end to his career as the club's successful player and manager. After being appointed as the coach of Newcastle United  Eddie Howe said

"It is a great honour to become head coach of a club with the stature and history of Newcastle United. It is a very proud day for me and my family. This is a wonderful opportunity, but there is also a lot of work ahead of us and I am eager to get onto the training ground to start working with the players. I would like to thank the club's owners for this opportunity and thank the club's supporters for the incredible welcome they have already given me. I am very excited to begin our journey together."

We are delighted to confirm the appointment of Eddie Howe as the club’s new head coach.

Newcastle United co-owner, Amanda Staveley in her statement spoke about being impressed with the new manager. She said, "We have been incredibly impressed by Eddie through what has been a rigorous recruitment process. As well as his obvious achievements with AFC Bournemouth, where he had a transformational impact, he is a passionate and dynamic coach who has clear ideas about taking this team and club forward. He is a great fit for what we are trying to build here. We are delighted to welcome Eddie and his staff to St. James' Park and very much look forward to working together towards our collective ambitions."

All you need to know about Eddie Howe

Eddie Howe has more than 300 senior appearances for AFC Bournemouth as a player and holds the distinction of managing the same club through all four tiers of English football, culminating in five years in the Premier League between 2015 and 2020.  Following three promotions in a seven-year period, Howe was named the Football League Manager of the Decade in 2015.

-Bournemouth remained in the Premier League for five consecutive years under Howe's supervision, finishing ninth during the 2016/17 campaign. Eddie Howe also won three Manager of the Month awards and also managed Bournemouth in 190 matches in the English top-flight.