Former Manchester City star midfielder David Silva took a cheeky dig at Manchester United after his Real Sociedad side defeated them by 1-0 on Thursday. 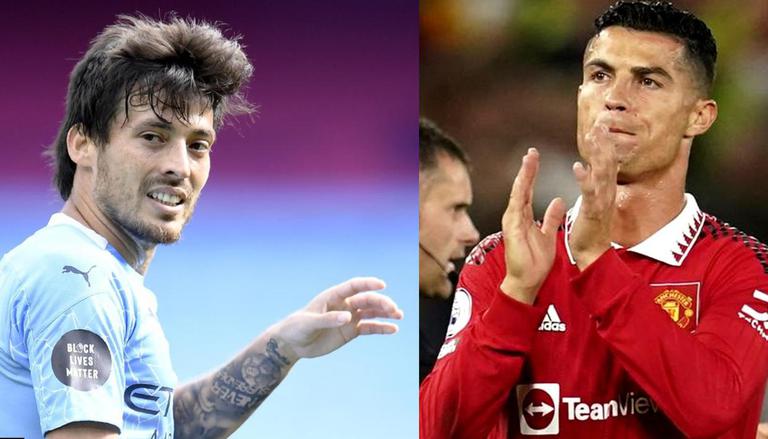 
Former Manchester City star midfielder David Silva took a cheeky dig at Manchester United after his Real Sociedad side defeated them by 1-0 on Thursday in their first game of the UEFA Europa League group stage. The White and Blues picked up all three points via a controversial penalty that was scored by Brais Mendez in the 59th minute.

Following the conclusion of the Manchester United vs Real Sociedad match, David Silva took to his official Twitter handle and cheekily wrote 'Once again'. It seems like he was taking a dig at the Red Devils fans, having defeated their side on several occasions when he played for arch-rivals Manchester City in the Premier League.

The 36-year-old played Manchester United on 19 occasions, winning nine, losing nine and drawing once. Meanwhile, Real Sociedad too could not resist taking a jibe at Erik ten Hag's side as their social media handle posted a video of Silva with the caption, "Manchester is blue… and white."

Ahead of the Manchester United vs Real Sociedad match, the big headline was that Cristiano Ronaldo was returning to the starting line-up for the home side. It was a disappointing day for the Portuguese international, who failed to find the back of the net and help his side get the better of the La Liga opponents. The Red Devils eventually suffered a 1-0 defeat thanks to a penalty that was scored by Brais Mendez.

The last time that the 37-year-old started for Manchester United was in a 4-0 defeat to Brentford on August 13. Since then, Erik ten Hag's side registered four consecutive victories in the Premier League before their recent setback against Real Sociedad. With the Red Devils having been beaten by Sociedad in their first UEFA Europa League match, they will have it all to do when they face Sheriff on September 15.

As things stand in Group E of the UEFA Europa League after one match, the Red Devils are currently in third place and are yet to register their first points. Meanwhile, Sheriff leads the group with three points and a GD of 3 after registering a 3-0 victory over Omonia on Thursday.