Getafe Vs Barcelona Live Streaming: How To Watch La Liga Match In India, US & UK?

Getafe are all set to take on Barcelona in their next La Liga game on Sunday at the Coliseum Alfonso Pérez. The match will begin live at 11:00 PM IST on May 15. 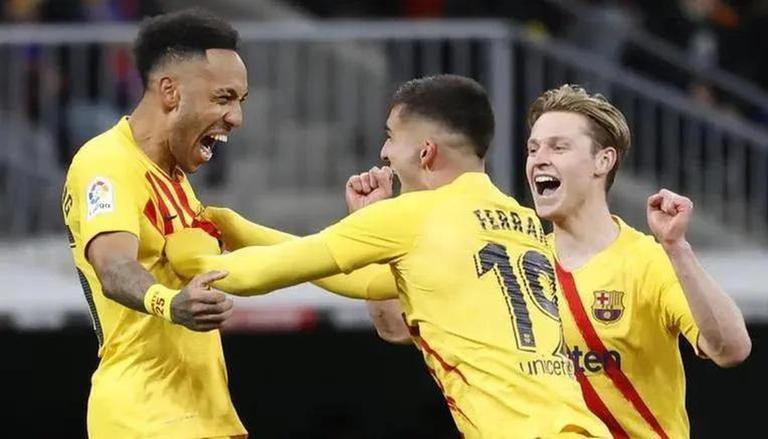 
Getafe are all set to take on La Liga giants Barcelona in their next match on Sunday at the Coliseum Alfonso Pérez. The game will begin live at 11:00 PM IST on May 15. While the Catalan giants can no longer win the league, they will hope to win this match to confirm their second-place finish behind El Clasico rivals Real Madrid, who lifted a record-extending 35th La Liga title.

As for Getafe, they will look to grab any points that they can to confirm their safety in the league. They are currently in 15th place with 38 points, five points clear of 18th-placed Mallorca. With both teams having something to play for, this game promises to be an exciting clash. Here is a look at how to watch La Liga live in India, the US and the UK, and the live streaming details of Getafe vs Barcelona.

Indian football fans wondering how to watch La Liga matches live can tune in to the Viacom Network, which has the official broadcasting rights in the country. As for the live stream of Getafe vs Barcelona, fans can tune in to the Voot app or Jio TV. Meanwhile, fans can also track the live scores and updates of the match on the social media pages of the two teams and the La Liga.

How to watch La Liga live in UK?

Fans in the UK wanting to watch La Liga live can tune in to La Liga TV. As for Getafe vs Barcelona live stream, fans can watch it on La Liga TV with a subscription either via Amazon Prime or Premier Sports. The match will begin live at 6:30 PM BST on Sunday, May 15.

Getafe vs Barcelona live streaming details in US

Fans wondering how to watch La Liga live in the US can tune in to the ESPN network. While the Getafe vs Barcelona match will not be telecast live on television, fans can watch it using the live stream on ESPN+. The game will commence live at 1:30 PM ET on Sunday, May 10.

Some 🍟 with that chip please