Ahead of what promises to be an exciting clash, here is a look at the Inter Milan vs Real Madrid live streaming details, head to head record, and team news. 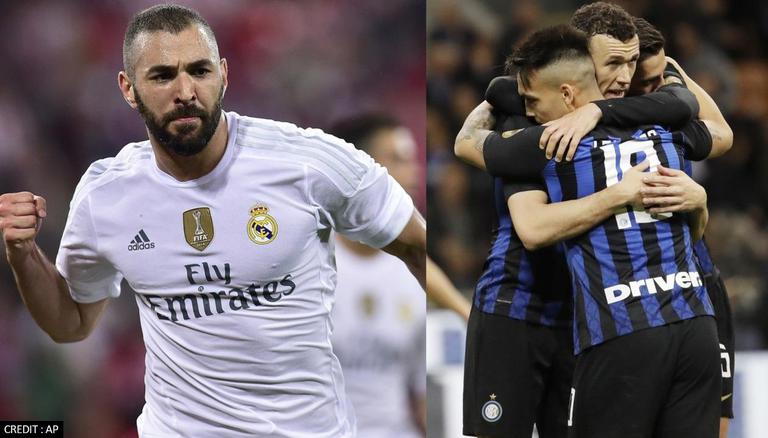 
Serie A champions Inter Milan will lock horns with 13-time UEFA Champions League winners Real Madrid at the San Siro stadium on Wednesday night. The UCL group stage match is scheduled to commence live at 12:30 a.m. IST on September 16. Inter will be looking to avenge their loss from last year, while Madrid will be looking to lay down a marker being the most successful team in the competition.

Fans wondering how to watch UCL matches live in India can tune into the Sony Sports network, which has the official telecasting rights. The Inter Milan vs Real Madrid match will be telecasted live on Sony Ten 2 SD & HD. Meanwhile, the Inter Milan vs Real Madrid live streaming will be available on the SonyLIV app. As for live updates of all UCL matches, fans can track the official social media handles of the UEFA Champions League and the two teams in contention.

Even though Inter Milan and Real Madrid are not in the same domestic league, they share one of the most iconic rivalries, having faced each other previously on 11 occasions. In terms of the Inter Milan vs Real Madrid head to head record, it is evenly poised with both sides winning five and drawing one match. The two sides last competed against each other in the UEFA Champions League last year with Madrid defeating Inter 2-0. Eden Hazard opened the scoring in the seventh minute via the penalty spot before Achraf Hakimi scored an own goal in the 59th minute.