Is Messi Leaving Barcelona? What Happened To Messi?

Is Messi leaving Barcelona? The Blaugrana captain might have played his final game for the club as the questions surrounding his future continue to pour in. 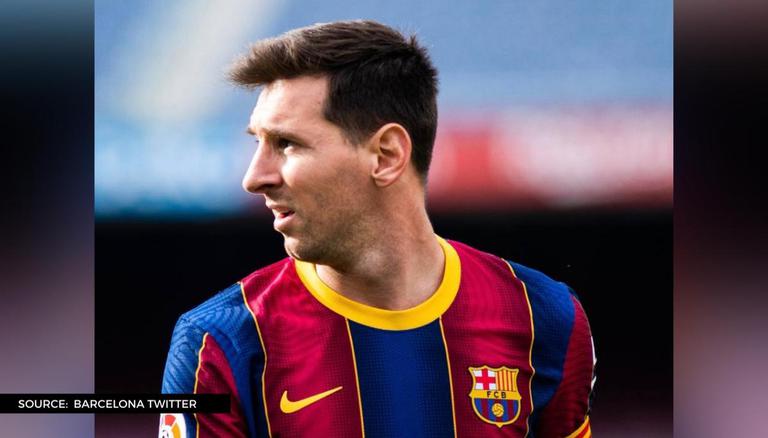 Lionel Messi might have played his final game for Barcelona as the six-time Ballon d'Or has been given permission to miss the final game of the season against Eibar. Ronald Koeman's men are already out of the LaLiga title race and the clash against Eibar is essentially a dead rubber for the Blaugrana. The 33-year-old's future at Camp Nou remains uncertain with his contract set to expire in the summer. Here's a look at what happened to Messi and the Lionel Messi transfer update.

Lionel Messi has been ruled out of the game against Eibar this weekend and was absent from training on the eve of the game. The Argentine was given permission to skip the team’s final game of La Liga season by Barcelona so that he can have extra rest ahead of the Copa America.

Messi has been in stellar form despite Barcelona's failings this term, scoring 30 league goals and winning the Pichichi trophy for the eighth time in his career. It marked the ninth instance in his career where he has scored more than 30 goals in LaLiga, the most in history.

Barcelona are third in the Spanish league, seven points behind leader Atletico Madrid and five behind Real Madrid. The Blaugrana will finish outside the top two for the first time since 2008 and could  get overtaken by fourth-place Sevilla, who are two points back ahead of a home match against Alaves.

LATEST NEWS | Leo #Messi is not training today with the coach's permission and will not play against Eibar pic.twitter.com/ak3F5W527x

(🌖) Lionel Messi's family is pushing him to change air and join PSG. 🚨🇦🇷

Lionel Messi's contract is expiring this summer, 12 months after he made the bombshell announcement of wanting to leave Camp Nou. The Barcelona captain has given no indication that he will renew his deal, but new resident Joan Laporta will hope to keep the six-time Ballon d'Or winner at the club. Laporta plans for a Barcelona rebuild and Messi is central to his plans, but it remains to be seen if the 33-year-old is in line with the president's vision.

Manchester City and Paris Saint-Germain are linked with a move for Messi, with the latter offering him a chance to team up with ex-Barca teammate Neymar, and the chance to compete for Champions League honours. PSG are reportedly already drawing up plans with Neymar and Messi leading their attack, with Argentine teammate Angel Di Maria also a telling factor in negotiations. Barcelona meanwhile are trying to rope in Sergio Aguero, Messi's close friend and another Argentine teammate, in a bid to lure him to continue his stay at Camp Nou.