The coronavirus pandemic continues to cause havoc around the world as the significant rise in cases because the new Omicron variant affects all spheres of life. 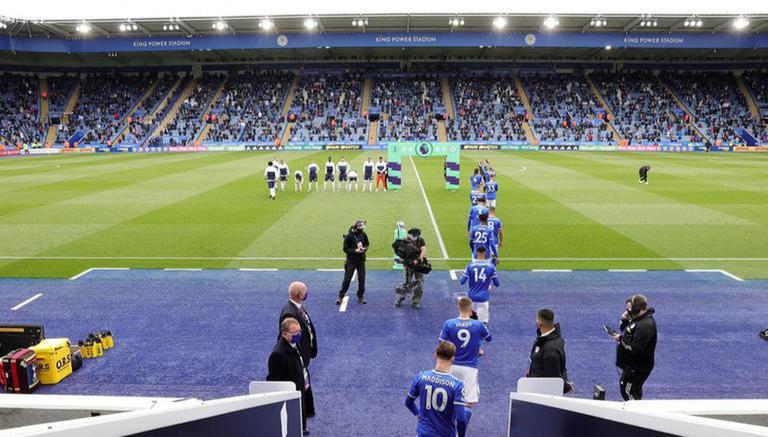 
The COVID pandemic continues to wreak havoc across the world as the significant surge in cases, owing to the new Omicron variant, affects all spheres of life. Sporting events have been severely impacted with several football games in Europe having faced last-minute cancellations.

In a key development regarding the same, Aston Villa confirmed just about an hour ago that their game against Burnley in the Premier League was postponed owing to an increase in COVID-19 cases in their playing squad. Here is a look at all the players who have COVID-19 in the 'big six' clubs of the Premier League and some of the top sides in Spain's La Liga.

Players who have COVID in Premier League

Players who have COVID in La Liga

Aston Villa released an official statement about an hour ago to announce that their Premier League fixture against Burnley, which was scheduled to begin at 7:00 PM today, is postponed. The complete statement is mentioned below:

"Aston Villa can confirm that today’s Premier League fixture with Burnley has been postponed due to an increased amount of positive Covid-19 test results within our playing squad.

The results of PCR tests, which were taken yesterday prior to training as well as Lateral Flow Tests, were received this morning and confirmed further depletion of our playing squad which was already impacted upon for our trip to Norwich in midweek.

All individuals who tested positive are now isolating in line with Premier League and government guidance and protocols.

The Club is extremely sorry for the inconvenience caused to Burnley Football Club, both our own supporters and the Burnley fans due to attend the fixture but have acted as swiftly as possible this morning to minimise disruption."

Aston Villa can confirm that today’s Premier League fixture with Burnley has been postponed due to an increased amount of positive Covid-19 test results within our playing squad.