Fans are demanding Manchester United boss Ole Gunnar Solskjaer be sacked from his position as manager after the club lost 4-2 against Leicester City on Oct 16. 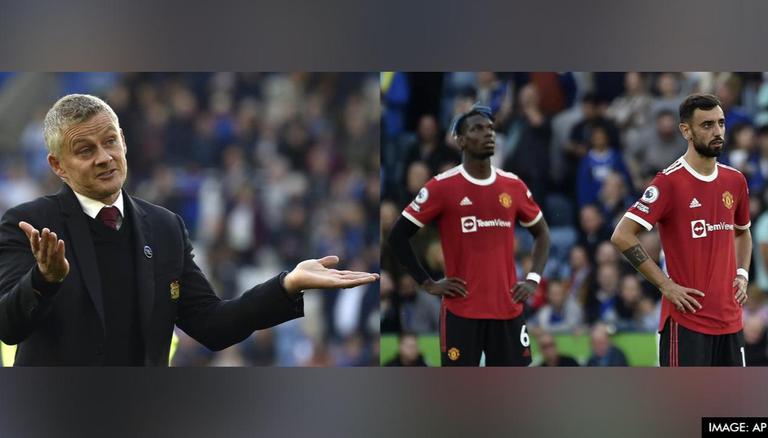 
Manchester United are on the wrong side of a streak, having not picked up a win in their last three Premier League games. Their latest loss to Leicester City was probably the worst as they got drubbed 4-2 by the Foxes. A video on social media has recently gone viral showing the United team failing to apply pressure on Leicester as they controlled possession and worked their way into the United penalty area. Several fans have asked for the Red Devils' boss Ole Gunnar Solskjaer to be sacked from his position as manager.

In the video, with the scores at 1-1, Leciester holds possession and United apply a halfhearted press but the Foxes manage to work the ball well and get it into the opposition's penalty area but luckily for United it did not lead to a goal. However, it showed where Ole's team were lagging as his forward and midfield line were unable to press properly.

Fans ask for 'change in manager'

Several fans have asked for a change in manager, blaming Solskjaer for the poor play from the team. Some fans saying that Ole Gunnar Solskjaer has 'lost the dressing room' while others were defending Cristiano Ronaldo for not pressing saying that why would he press by himself if the rest of the players are just standing around. Take a look at some of the comments:

READ | Will Ole Gunnar Solskjaer remain Man Utd's boss? Here's why club might still back him

And I'm supposed to believe Ronaldo is the problem and not the manager. Perhaps we should bring back James and sell Ronaldo since he cannot press.

Yeah people are saying he got a 7.7 SofaScore rating but I thought he was terrible on Saturday.

literally not a single pressed in that video, why would ronaldo waste his energy pressing by himself

A couple passes and our entire backline is exposed ffs

So much time and space with no pressure from Utd along with not following runners… these players ain’t playing for Ole pic.twitter.com/aul2f9WaBC

The pressing is horrendous, people want to blame Ronaldo for not pressing yet they don't question Ole at how our supposed "pressing" has no structure and plan?

This video is exhibit one as to why Ole should be sacked immediately. The players are not covering themselves in glory. WOW! Did not realize how bad that was when I was watching the game. This team and these players make no effort man

ManU fans always talk about pressing. Pressing individually has no output there should be a proper structure of pressing. They're not losing bcz a 36 yr old ST is not pressing they're losing cuz the manager has no clue whatsoever

The Red Devils definitely have their work cut out for them and will need to change things if they want to challenge for the Premier League title. Speaking about the tough fixtures that the team has up ahead, United defender Gary Neville said on Sky Sports, "Oh, we know what's coming. Having struggled against half decent teams, they're now going to play against some of the best teams in the world. Next Sunday, they're going to play Liverpool and then they have to play Man City the week after."