Man United have recovered the most points from losing position in the Premier League since the start of the 2020 season. They defeated West Ham 1-2 on Sunday. 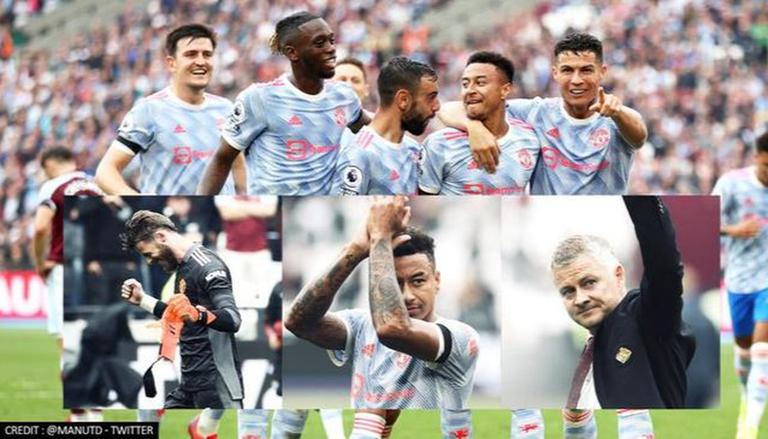 
Premier League giant Manchester United are the team who have recovered the most points from losing position in the Premier League. They have recovered a total of 35 points, since the start of the 2020-21 season, which is almost double what the other teams have scored. They added the latest points to their 2021 Premier League points tally by winning 1-2 against West Ham on September 13 and earning three valuable points.

35 - Manchester United have recovered 35 points from losing positions in Premier League matches since the start of last season, almost twice as many as any other side. Attitude. pic.twitter.com/0XlwB05rGX

In the list of teams with the most points recovered from a losing position, United find themselves above teams like Liverpool, Leicester City, West Ham United, and Wolverhampton Wanderers. Liverpool have earned 20 points, followed by Leicester City with 20 points, West Ham with 19 points, and the Wolves, 16 points. The United are known for their recovery prowess since the time the club was managed by Sir Alex Ferguson to now when Ole Gunnar Solskjaer is the coach of the team. They have conceded the first goal in Premier League matches and have returned to turn things around and win the match. In the 2021 season, United have won four out of the five matches they have played, while, they managed to draw one game. After their win against West Ham on Sunday, they find themselves at third place in the 2021 Premier League points table with 13 points, ahead of Brighton and Manchester City and below Chelsea and Liverpool.

Meanwhile, in the match front on Sunday, the home team West Ham opened the scoresheet in the match as Said Benrahma scored at the 30th minute of the match. The United retaliated after Cristiano Ronaldo, playing his third game since his return to the club, scored at the 35th minute. The match went on without any goal being scored until the 89th minute when 28-year-old Jesse Lingard found the goal. At the final minutes of the game in the extra time, West Ham were awarded a penalty which was saved by David de Gea in a brilliant display of his goal-keeping skills. Manchester United will now face West Ham again on September 23 in the third-round clash of the Carabao Cup.